So KKR is a work in progress to say the least.  For they haven’t forsaken all carbon-intensive practices.

Sopartnership with Premier Natural Resources LLC in Tulsa, Oklahoma, buys oil and gas fields as also reported by CNBC. Again, talk about a KKR being a work in progress.

In the buyout boom that ran from 2005 to 2007, KKR was involved in huge deals such as the $32 billion buyout of energy company TXU Corp. It now has $61 billion of assets under management, with three core businesses of private equity, fixed income and capital markets. 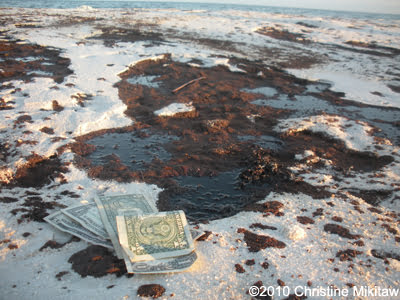 While TXU, renamed Energy Future Holdings Corp., is sticking to its promises with EDF, the utility is the 12th- largest carbon emitter among U.S. fossil-fuel-burning power producers in 2008, a study published in 2010 by the New York- based Natural Resources Defense Council found. A 2006 NRDC report ranked TXU as the 13th largest.

“This is very much a work in progress,” says Ralph Cavanagh, co-director of the NRDC’s energy program.

TXU’s 3 new coal-fired plants — the ones whittled down from the proposed 11.

And then there is TXU (Charts).

A $10.4-billion-a-year energy company based in Dallas, TXU is staking its future on coal – the dirtiest of all fuels used to generate electricity. Last spring the company announced plans to build 11 new coal-fired power plants in Texas at a cost of nearly $1 billion apiece. That has set off a firestorm of opposition – lawsuits, pickets, petitions, anti-TXU Web sites, lobbying at the state capitol, even a hunger strike.

In conclusion, one environmental group calculated that the new plants would generate 78 million tons of CO2 each year.  For that’s more than the emissions of Sweden, Denmark, or Portugal. Texas already ranks first in the U.S. in carbon emissions.

For they are adding an extra 22 million tons of CO2 to the atmosphere every year, says Tom Smith.  Finally, he is Texas director of Public Citizen, a consumer advocacy group founded by Ralph Nader.