Much of the equipment and production processes in America’s factories are decades old and not as efficient as modern equipment and processes in use by many of our international competitors. While some factories have been modernized, many have not. Modernizing America’s factories will allow them to better compete. Therefore I mean compete in world markets by improving product quality and reducing product costs, including savings through reduced energy use.

Modernization of our factories will build on several competitive advantages the U.S. now has—-low electric and natural gas prices (relative to the rest of the world) and lower labor costs due to higher productivity. 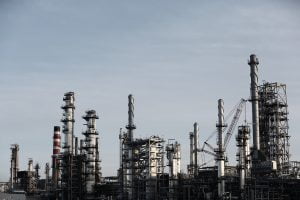 As we emerge from the Great Recession, many industrial firms have capital to invest. Yet a nudge from the tax code could spur substantial additional investments here in the U.S. Therefore, we suggest three possible tax policies that could spur investment. For that’s all in a new ACEEE working paper. The paper recognizes that any incentives need to be low cost because of concerns about the federal budget deficit and a desire by many tax reform proponents to reduce tax rates by reducing tax expenditures…

Yet seriously, as reported before, RIT did an energy efficient improvement on buildings. All for energy savings. Savings of more than 360,085 kilowatt hours annually. I mean that’s the equivalent to the amount of electricity consumed by approximately 50 single-family homes. Moreover it will be realized by the institution every year for years to come.

In addition and RIT demonstrated an exemplary commitment. One to obtaining LEED Platinum certification by combining energy efficiency and renewable energy resources. That one / two combo makes the building a model. A model for energy savings because it’s seriously  decreasing its use of fossil fuels.

So the building made better was The University Services Center. I mean it’s is a 54,000-square-foot, three-story office building. All to house student support and administrative services. The building also includes a 10,000-square-foot, single-story “innovation center”. One with an open floor plan. Most noteworthy to display RIT innovation projects

In conclusion and to read the working paper visit: https://aceee.org/white-paper/encouraging-modernization.

Finally and to continue reading the blog post summarizing the paper visit: http://aceee.org/blog/2012/12/three-tax-reforms-encourage-moderniza.