NEW YORK (April 19, 2013)—In its ongoing pursuit of innovation, Lexus is pushing the boundaries. All of technology, craftsmanship and design. This dedication to design was also celebrated at an event hosted by global President Akio Toyoda in New York City. 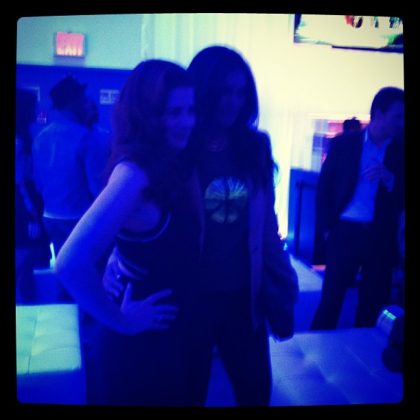 #debramessing and @rachel_roy at #ldesign for @lexus event in NYC. Not quite sure why they were there but it was cool to take piks.

The event which I attended was called “Design Matters”.  For it showcased Lexus’ commitment to design. That’s both in its new products and in its global brand activities. Especially to an audience of established and aspiring members of the design community. Kristin Chenoweth served as mistress of ceremonies. Combined with The Roots and Questlove providing musical entertainment.

“This is part of the transformation of Lexus,” said Mark Templin, executive vice president of Lexus International. “Lexus is expanding as a global company and we need to speak to a broad global audience. There’s no better way to do that than through design. Great design transcends cultures and doesn’t need any translation.”

Much of the focus on design for Lexus comes from the personal commitment of Akio Toyoda, grandson of the founder of Toyota. “I am very passionate about cars, and especially design,” said Toyoda. “To me, cars need to ignite all your senses, and one of the most important is the emotional connection you get when you see a beautiful car.” 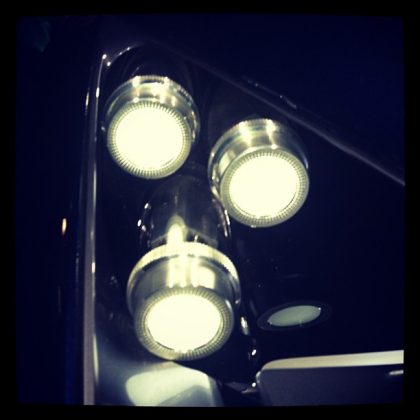 This dedication to design is evident in concept vehicles from Lexus, including the award-wining LF-LC hybrid 2+2 coupe concept and the LF-CC concept car. It is also reflected in new production models such as the stunning all-new IS sports sedan. In conclusion, The IS, and other recently introduced vehicles. All incorporate Lexus’ new design language. Finally, it’s one looks that includes smooth, flowing lines. Also a unique head and tail lamps and always a distinctive spindle grille.

Below is a picture of The Roots finishing up their performance. I gotta tell you they did a great job!  I mean they really played all out for the Lexus event Design Matters! 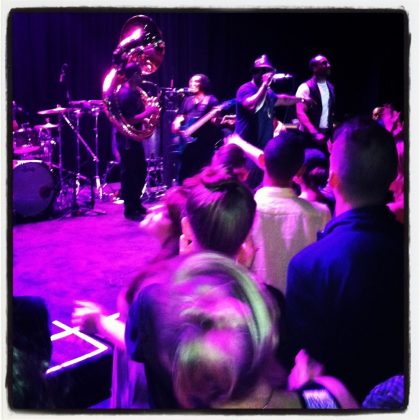 Also I know that Jimmy Fallon who has The Roots as his band. These guys are also going straight to The Tonight Show! 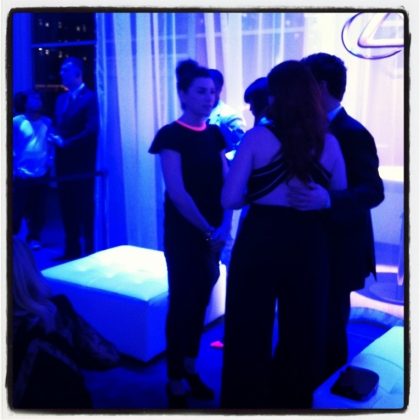 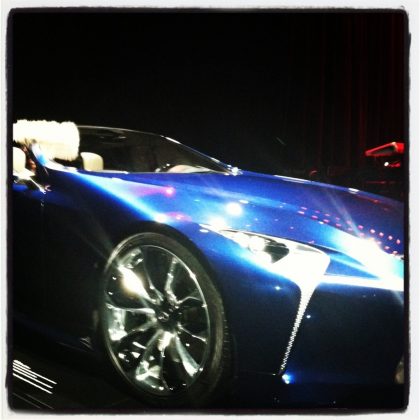 I have always been a fan of Rosario Dawson! She’s definitely more beautiful in person! 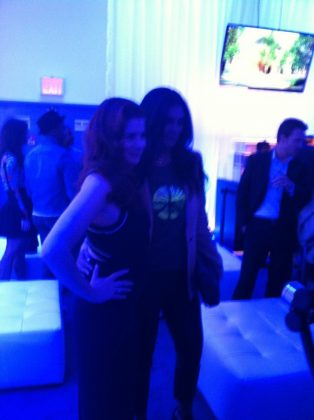 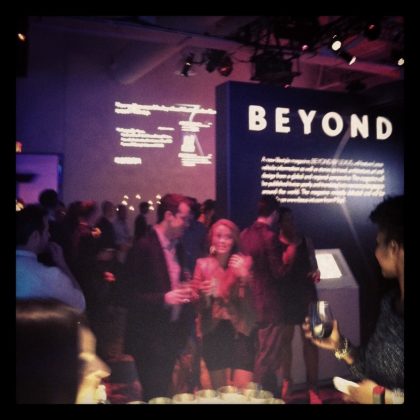 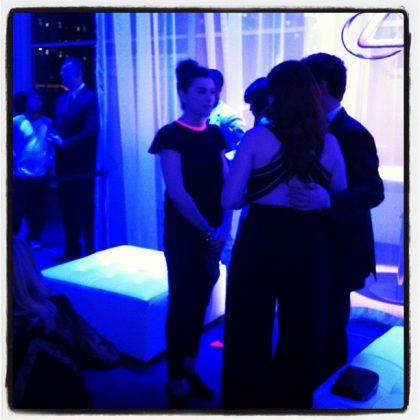 Julianna Maguilles from The Good Wife and ER at #ldesign event for Lexus at http://www.twitter.com/lexus with Debra Messing in TV show Smash and formerly Will and Grace.