Market-leading depreciation of EVs expected to change little through 2014

McLEAN, Va. (June 19, 2013) – Values for used plug-in electric vehicles are expected to decline nearly 30% this year—the highest depreciation out of all vehicle segments, according to the NADA Used Car Guide in its latest report, Plug-in Electric Vehicles: Market Analysis and Used Price Forecast.

“Generous tax credits can certainly promote more new sales than would have been achieved otherwise, but they also have a negative impact on future resale values for one basic reason — few consumers are willing to purchase a credit-ineligible, used plug-in electric vehicle for more than they would pay for a new one, less the federal tax credit,” Banks added. “So at a minimum, late-model used plug-in electric vehicle prices must logically max out below the manufacturer’s suggested retail price minus the credit.”

Considering the limited range of plug-in electric vehicles — coupled with substantial incentives, tax credits and moderating gasoline prices — NADA estimates the annual rate of depreciation for used plug-in electric vehicles will improve little over the next two years, with annual losses going from 31.5% in 2012 to 29.7% in 2013 and 27.4% in 2014. 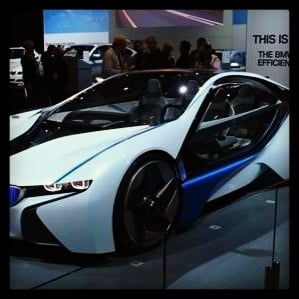