Firstly the Toyota Prius Plugin Hybrid (or Prius PHV) is a mid-size what we call at plugin hybrid electric car.  It’s a plugin hybrid manufactured by Toyota. Second, it’s the first generation Prius PHV based on a third generation Toyota Prius (model ZVW30). However, this one includes with 4.4 kWh lithium-ion batteries co-developed with Panasonic according to Toyota., 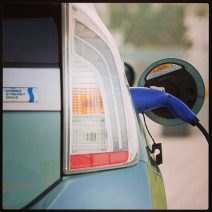 Furthermore, this tech enables first an all-electric drive at yes higher speeds than a hybrid.  Then the all-electric operation will go for longer distances (like an all-electric car) versus the conventional Prius hybrid.

In conclusion, it outfitted with a drive system powered by lithium-ion battery twice capacity first generation (8.8 kWh). Finally, retail deliveries of the Toyota Prius Plugin Prime began in the United States in November 2016.  Also, and more importantly, the release in the Japanese markets began in late 2016.

Hey @toyotausa here is your Prius PHEV. 95 MPGe. 120 outlet can charge this car!

Plug it In! Plug it In! Toyota Prius Plug in Hybrid Electric Vehicle! The first one I saw in Westchester County, #NY #PHEV #pluginhybrid #electricvehicle #Toyotaprius (at Neighborhood) 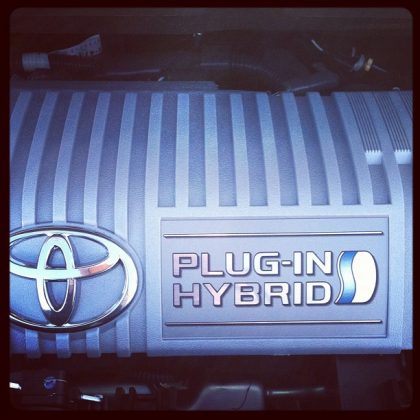 Also, Here is another instagram post on my picture of the underneath the hood shot for the Toyota Prius Plugin hybrid electric car.