COSTA MESA, Calif. – The first Earth Day started with the simple concept that knowledge is the most powerful catalyst for change. On April 22nd, 1970 twenty million Americans gathered in public places everywhere, rallying for the cause of a healthy planet. Online media platform, Pivotshare, hopes to carry on that heroic tradition of environmental protection and education through the use of their streaming technology.

The EPA estimates that somewhere in the neighborhood of 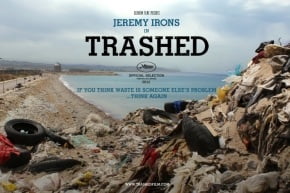 five million CDs and DVDs are disposed of every year in our nation’s landfills. It is thought that the plastics that make up the discs make take as long as a million years to biodegrade, the chemicals released into the soil and groundwater are also alarmingly toxic. Pivotshare plans to take a bite out of this problem by largely doing away with the need for physical DVDs through their revolutionary streaming media platform.

The Pivotshare platform creates branded online channels allows anyone to sell media directly to their fans or audience across any leading device. Customers can rent and stream, buy and download, or subscribe to the channel, the result of which is that physical DVDs are no longer a necessary item in the distribution foodchain. 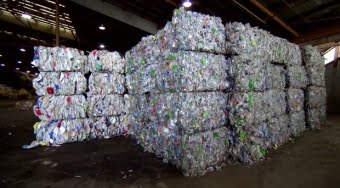 To further their efforts to use technology to encourage a greener future everywhere, Pivotshare is also promoting two environmental documentaries that have recently joined their online platform. The first of these important feature projects is Trashed: No Place for Waste starring noted environmental activist and actor, Jeremy Irons with a score by Academy Award winning musical legend, Vangelis (Chariots of Fire, Bladerunner). Director, Candida Brady, said the inspiration for the film was that, “I felt that no one had joined the dots on the issue of waste and painted the whole picture. It was time we all knew what was really happening.” As Irons tours hotspots for garbage around the planet, he asks his audience to consider their love affair with waste, showing that the things we throw away don’t necessarily stay gone for long. The film shows how plastics, chemicals, and other toxic castoffs work their way through the food chain until they quickly wind up in the meals on our dinner tables. Director Candida Brady wants to show the public that reducing waste is not some sort of fringe activity, but is crucial for the self-preservation of every member of the human race. Check out the documentary at https://trashed.pivotshare.com/#.

The other green documentary making its online premiere this month on Pivotshare is GrowthBusters: Hooked on Growth. Writer/Director Dave Gardner takes the viewer on a whirlwind tour of unsustainable growth from Las Vegas to Atlanta, Mexico City to Mumbai, the White House to the Vatican. Gardner says he, “ produced GrowthBusters as a wake-up call. I was frustrated that most of my fellow citizens were so immersed in this culture of growth they couldn’t see the unsustainability of it…We all needed a splash of cold water to the face, which is what I hope GrowthBusters delivers.” The film illustrates that the problems water shortages, famine, oil dependency, and species extinction are all simply symptoms of the pandemic disease of growth addiction. Interviewing economists, biologists, and sociologists, Gardner that not only is bigger not necessarily better, it will eventually lead to the collapse of civilization as we know it. Take a look at the film at https://growthbusters.pivotshare.com/#.