“By destroying nearly six tons of seized contraband ivory tusks and trinkets, the U.S. government today delivered a strong signal to the rest of the world that it will not tolerate the senseless slaughter of elephants. A U.S. moratorium on all trade of ivory products must follow.

“We need to end the demand that is fueling ivory trafficking and get serious now about saving elephants. Behind every piece of ivory – every tusk, trinket and souvenir seized right here in the U.S. – is a dead elephant. Any purchases or sales of ivory fuel the current poaching crisis.

“This action is the latest step by the Obama Administration to elevate the seriousness of wildlife crime. President Obama’s Executive Order to combat wildlife trafficking announced in July instituted a whole-of-government approach to tackle what has become a global security and wildlife crisis – one that marshals the expertise not just of traditional conservation partners in the Interior and State Departments, but also those of law enforcement and intelligence assets within Departments such as Justice and Treasury.

“WWF is now calling on Congress to act by placing a moratorium on all sales of ivory in the United States, at least until elephant populations recover. And we call on other countries to join the United States, Gabon, Kenya and the Philippines in destroying their illegal ivory and taking a stand against the crime syndicates behind this slaughter.” 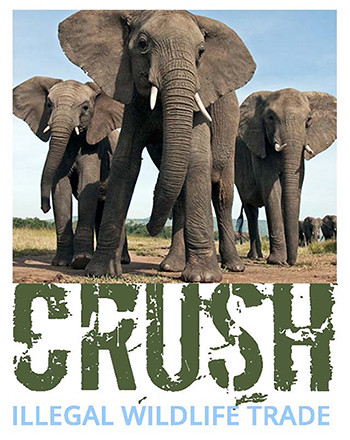