The Energy Department on January 22 announced nearly $50 million to accelerate research and development of new vehicle technologies that give drivers and businesses more transportation options and protect the environment in communities nationwide. This new funding includes support for the Energy Department’s EV Everywhere Grand Challenge, a broader initiative launched in March 2012 to make plug-in electric vehicles (PEVs) as affordable and convenient to own and drive as today’s gasoline-powered vehicles within the next 10 years.

With support from the Energy Department, U.S. automakers, universities, and national laboratories have achieved significant advances in vehicle efficiency and electrification, including cutting the cost to manufacture advanced electric vehicle batteries by 50% over that last four years. At the same time, the size and weight of PEV batteries has also been reduced by more than 60%, while improving overall vehicle performance and durability.

Last year, Americans bought nearly 100,000 plug-in electric vehicles, nearly twice as many as sold during 2012. According to industry estimates, the U.S. PEV market is on track to pass the 200,000 sales milestone by spring 2014—nearly two years faster than hybrid electric vehicles reached this milestone after their introduction 10 years ago. See the Energy Department press release. 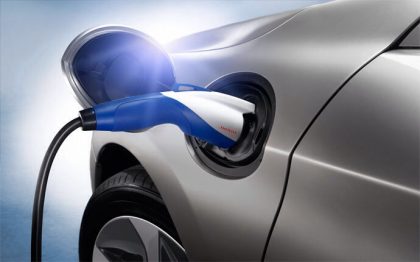