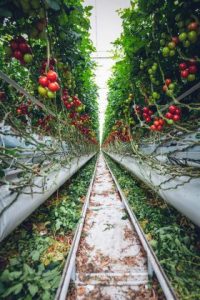 organizations across the United States have taken to reduce greenhouse gas pollution while achieving significant environmental and economic benefits.

“The urgency to act on climate change is clear,” said EPA Administrator Gina McCarthy. “Through investments in cleaner technologies and energy-efficient practices, EPA’s Climate Protection Partners show us that we can cut the harmful carbon pollution that fuels climate change and protects public health—while continuing to grow a strong, sustainable economy.”

— In 2012, EPA’s climate protection programs prevented 365 million metric tons of U.S. greenhouse gas emissions—equivalent to the emissions from the annual electricity use of more than 50 million homes.

— Americans saved more than $26 billion on their utility bills in 2012 with the help of ENERGY STAR® and prevented greenhouse gas emissions equal to the annual electricity use of 35 million homes.

— Since the Green Power Partnership was introduced in 2001, more than 1,400 organizations have committed to using about 29 billion kilowatt-hours of green power each year.

— More than 450 partners have installed over 5,700 megawatts of new combined heat and power since the Combined Heat and Power Partnership launched in 2001.

— In 2012, EPA’s methane and fluorinated greenhouse-gas-program partners used EPA tools and resources to prevent emissions equal to the annual electricity use from more than 10 million homes.

— In total, more than 21,000 organizations and millions of Americans have partnered with the EPA through the Office of Atmospheric Programs’ climate partnerships and produced significant environmental benefits.

These reductions in greenhouse gas emissions are increasingly important to tackle climate change challenges. The global average temperature for every decade since the Industrial Revolution has been hotter than the previous decade, and the 12 hottest years on record have all occurred within the past 15 years. Scientists have observed changes in precipitation, rising sea level, melting ice and altered weather patterns, including more frequent and intense storms.

The report further outlines the environmental accomplishments of these programs. To read the full report: http://www.energystar.gov/about/sites/default/uploads/files/2012_AnnualReport_Final.pdf?3cd5-e266. To learn more about climate change: www.epa.gov/climatechange/