Fossils discovered in Canterbury, New Zealand reveal the nature of one of the world’s oldest flying seabirds. Thought to have lived between 60.5 and 61.6 million years ago, the fossil is suggested to have formed shortly after the extinction of dinosaurs and many marine organisms.

Bones of the bird were discovered in 2009 by Leigh Love, an amateur fossil collector. The new species, Australornis lovei has been named as such in honour of Love’s discovery.

The bird lacks key morphological features of penguins, though it was found near the fossils of the Waimanu manneringi, the oldest penguin, of which it is also estimated to be the same age.

The research is published in Journal of the Royal Society of New Zealand by Dr Gerald Mayr and Dr Paul Scofield. The authors claim the discovery ‘represents one of the most significant records of a marine Paleocene bird from the Southern Hemisphere’ and supports the ‘emerging view that most modern birds were already diversified in the earliest Paleogene’.

Despite the distinctness of this new species, its derived features are not limited to a single bird group. It does resemble an extinct species from Antarctica, however, highlighting the links between Antarctica and New Zealand in the late Cretaceous period. 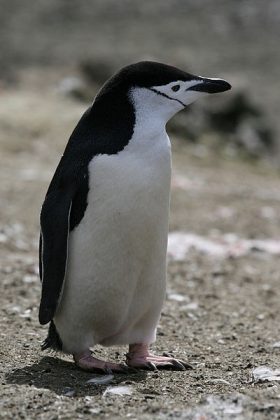