SAN MATEO, Calif., Nov. 25, 2013 ( GLOBE NEWSWIRE ) — SolarCity® (Nasdaq:SCTY), a leading provider of clean energy, announced the opening of ten new operations centers in California. All are also expected to be operational by the end of 2013. Thereby nearly doubling the company’s locations in the state.

For the regional operations centers will expand solar services to new areas.

For that’s to reduce installation wait times. Also and contribute to state and local economies. Thereby by creating jobs in a range of new locations. SolarCity will also now have a location within 30 miles of more than 90 percent of the state’s population. The company already has more than 2,100 employees in California. Finally it is also currently seeking to fill at least 260 additional job openings in the Golden State.

Because this expansion not only allows us to spread job creation and economic impact. All to more local economies. However, but it also allows us them to reduce our costs and environmental impact. All by decreasing drive times and increasing installation efficiency. For this came from Tanguy Serra. He is SolarCity’s executive vice president of operations. 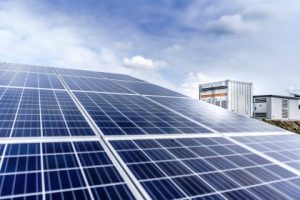 I mean the fact that this is happening at the end of a rebate program is amazing. For it is California’s largest state incentive program is winding down. Look folks, I mean that is a key indicator. For it shows how far solar power has come. I mean toward the mainstream.

In addition, SolarCity regional operations centers are staffed with locally hired employees. All who finally manage sales and installation of the solar systems.

All for area homeowners, schools, and businesses.

“SolarCity is truly committed to providing opportunities for affordable solar power and should be commended for their contributions to our communities, our state and our economy,” said Assemblymember Jim Patterson (R-Fresno).

Earlier this year, SolarCity opened two of its largest-ever operations centers in Riverside and Stockton.

In conclusion and by end of the year, SolarCity expects to have locations up and running in the following California cities and towns. For they are: