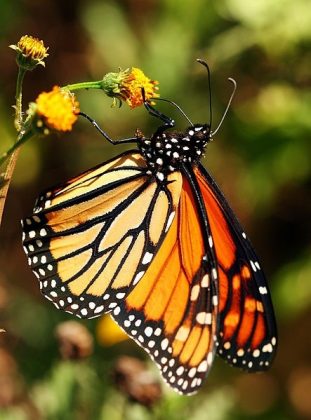 America has put a price on royalty. Research in Conservation Letters suggests that Americans are prepared to support the conservation of the engendered migrating monarch butterfly to the tune of $50, or over $6 billion dollars if extrapolated across all US households.

Monarch butterfly populations have been declining across the United States since 1999, yet the monarch’s migration from Southern Canada to Mexico is considered one of the world’s most spectacular natural events.

The authors analyzed data from the National Gardening Association (NGA) which surveyed over 2,000 respondents on the value they place on conservation. The NGA’s results suggest that Americans who are aware of the monarchs’ plight would make a one-off payment of between $53.89 and $74.03. While this is less than the value placed on eagles, pandas and whales, it is higher than the usual value attributed to insects.

The monarch’s decline has been blamed on the loss of milkweed, the native plants on which their caterpillars feed. Yet, the authors argue, if a small part of the $29.1 billion gardeners spend each year were spent on these monarch-friendly flowers, consumers would be able to contribute to the conservation of the species.

Image Source: The weather was wonderful last weekend and I had quite a few butterflys visit me in the backyard. This one preferred the weeds over the flowers. For a better view View On Black, 3 May 2008, 12:15, Source: The Visitor, Author: Louise Docker from sydney, Australia