The agreement—signed by the states of California, Connecticut, Maryland, Massachusetts, New York, Oregon, Rhode Island and Vermont—will support zero-emission vehicle policies in those states by providing incentives for electric and hydrogen fuel cell vehicles modeled on the successful efforts by California.

Below is a statement by David Reichmuth, senior engineer with the Clean Vehicles program at the Union of Concerned Scientists:

“Today’s announcement shows commitment from these states to support a successful and growing market for electric vehicles, a key solution for tackling climate change and cutting our nation’s projected oil use in half over the next 20 years.

“Auto manufacturers, lawmakers, and citizens need to work together so that we can enjoy cleaner vehicles across the United States. Today’s agreement, signed by eight states representing a quarter of all new vehicles sales, is an important step toward ensuring that the market for electric vehicles continues to expand.” 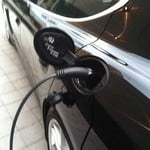