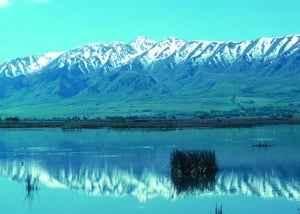 Today’s settlement requires that Gasco properly plug and permanently close its well and fully restore impacted wetlands at the well site and at nearby access roads. The company must remove a well pad and roads, replant vegetation, and implement other measures to restore the damaged areas. The company will also pay a civil penalty of $110,000.

The government counterclaims, filed by the U.S. Department of Justice on behalf of EPA in September 2012, assert that, in 2007, Gasco drilled the production well in the floodplain of the Green River and illegally filled over two acres of wetlands located in an area designated by the United States Fish and Wildlife Service as critical habitat for several endangered species of fish, specifically the Colorado pikeminnow, bonytail, humpback chub, and razorback sucker. The floodplain area is part of the Upper Colorado River Endangered Fish Recovery Program and is under several feet of water for two or more weeks in the spring in normal precipitation years, enough to partially or completely submerge the well.

Wetlands benefit the environment by reducing flood risks, filtering pollutants, recharging groundwater and drinking water supplies, and providing food and habitat for aquatic life. Section 404 of the CWA prohibits the filling or damming of wetlands, rivers, streams, and other waters of the U.S. without a federal permit from the U.S. Army Corps of Engineers.

In December 2013, EPA settled a case with Chesapeake Appalachia for similar violations related to wetlands in West Virginia. That settlement required that the company restore the damage at 27 sites and pay a $3.2 million penalty, one of the largest ever levied under Section 404 of the CWA.

Gasco is an independent oil and gas company that operates primarily in the Rocky Mountain region and has over 130 natural gas production wells in the Uintah Basin.

The consent decree, lodged in the U.S. District Court for the District of Colorado, will be available for a 30-day public comment period. A copy of the consent decree is available on the Department of Justice website at: www.justice.gov/enrd/Consent_Decrees.html

For more information on Section 404 of the Clean Water Act: http://water.epa.gov/lawsregs/lawsguidance/cwa/wetlands/index.cfm