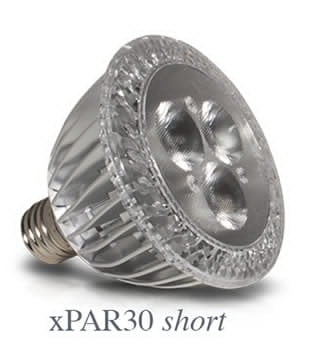 Deerfield Beach, FL – National Department store chain Macy’s has announced a wide ranging program to reduce energy consumption and waste as part of the company’s comprehensive effort to promote sustainability and operating efficiency. Part of this program includes the continued replacement of halogen lighting with long life, super efficient LED lighting, including MSi iPAR’s. Last year Macy’s replaced over 130,000 60 watt halogen bulbs, and in 2011 another 280,000 LED lights will be installed in over 200 stores.

The conversion to LED was a simple matter of unscrewing the old lights and screwing in the new ones, but the results were immediate and dramatic. Unlike hot & high wattage halogen lights, the extremely efficient.LED lights use a fraction of the wattage and produce very little heat, lowering the amount of energy needed for air conditioning. “Macy’s is serious about operating their stores in an efficient manner,” said Bruce Johnson, MSi managing partner, “and LED lighting will help them reach that goal by providing them with a highly efficient light source that consumes less energy and produces very little heat.”

LED’s use a fraction of the power required by halogen spots while producing a clean, clear light that enhances product displays and merchandise. Additional savings are realized in the lower maintenance and replacement cost for LED lighting. The typical 60-watt halogen light burning 12 hours a day will need to be replaced approximately every six months. The new Macy’s LED lamps burning 12 hours a day will last for more than a decade and produce far less landfill waste.

“When Macy’s totaled up all the savings – the reduced power consumption of the lights themselves, air conditioning savings, and the lower cost of maintenance and replacement – they realized that LEDs were a great addition to their sustainability program,” added Johnson. “Here at MSi we are very proud that Macy’s has chosen our LED lights to be an important part of their ongoing efforts to reduce energy consumption and waste.”