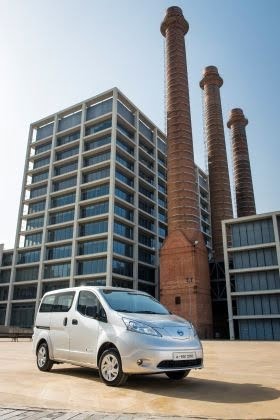 Nissan will be the first automaker to have two all-electric vehicles in its global line-up, joining the Nissan LEAF, the world’s best-selling EV.

It is possible that the e-NV200 is ready to change the face of light commercial vehicles forever.

The e-NV200’s high performance pure electric drivetrain used in the acclaimed Nissan LEAF. Also, it still has the cargo volume of the NV200.

When sales start in June, e-NV200 will be available as a van or as a five-seat people carrier in Combi or more luxurious Evalia guises. Although mainly targeted at businesses, e-NV200 will also appeal to private users with large families. The e-NV200’s homologated NEDC range (170kms) is greater than the average 100km daily driving distance of over half the fleets who utilise this class of van and the payload and cargo area is the same as NV200’s.