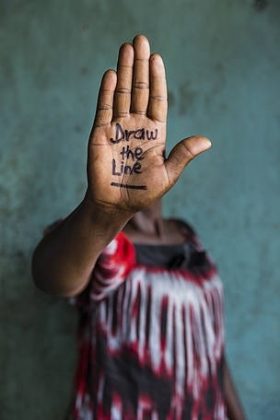 A major corporate social responsibility agency today has announced an examination of Soco International PLC for alleged violations of human rights and environmental protections related to the company’s operations in an African World Heritage Site.

The move was triggered by WWF’s complaint alleging that Soco has breached the most respected global corporate social responsibility standards in its pursuit of oil in Virunga National Park, Democratic Republic of the Congo (DRC). WWF’s case has exposed “material and substantiated issues meriting further examination,” a United Kingdom Organisation for Economic Co-operation and Development (OECD) agency said in its initial assessment published today.

In the complaint, WWF documented evidence of Soco’s alleged violations of the Guidelines for Multinational Enterprises including intimidation, threats and unlawful detention of local activists, as well as withholding critical information about environmental and social risks from those likely to be impacted by the company’s activities.

“Today WWF’s concerns about Soco have been validated. This initial judgement is a victory for conservation and sends a strong warning to any company that thinks it can get away with disregarding international standards,” said Lasse Gustavsson, WWF International Executive Director of Conservation. “We urge governments and the investment community to join us in telling Soco to leave Virunga. If it fails to do so, the company risks permanently damaging its reputation and that of the industry it represents.”

The United Kingdom, Belgium and Germany have all objected to Soco’s operations in Virunga, and more than 600,000 WWF supporters have signed a petition against the company. Additionally, UNESCO has called for the cancelation of the company’s permit, and French oil giant Total has committed publicly that it will not enter the World Heritage Site.

WWF is the largest organization ever to mount a case against a company using the OECD guidelines complaint mechanism, which applies to enterprises operating in or from any of the 45 nations adhering to the agreement. As part of its mandate to promote responsible development abroad, OECD has developed this transparent process to hold multinational corporations accountable for meeting their obligations.

“This decision sets a precedent and opens up to the conservation community a new avenue for safeguarding the environment through OECD,” Gustavsson said. “Working with governments and responsible companies, we will be able to use this tool to counter the pressures that are mounting against some of the world’s most precious places.”

Virunga is Africa’s oldest national park and home to more varieties of rare plants and animals than any other protected area in the continent. Although 85 per cent of the park has been allocated as oil concessions, Soco is the only company moving forward with exploration.

“With responsible investment, Virunga can have a prosperous future that brings sustainable development to the area and protects the natural resources that nearby residents need,” said Gustavsson. “Oil puts the park in peril, therefore we are demanding that Soco withdraw immediately.”