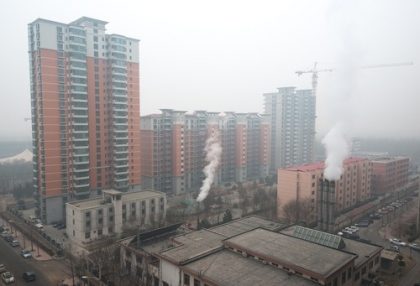 We may not have noticed it, but Americans are breathing a little easier thanks to a great story for the country’s air quality.

txchnologist reported a Rice University study concludes that states are successfully reducing a harmful air pollutant called fine particulate matter less than 2.5 micrometers (PM2.5) in diameter, which can stay suspended in the atmosphere for weeks and has been linked to chronic and fatal diseases.

In fact, the study found that state efforts have been so successful that most urban areas had already lowered PM2.5 to more stringent levels instituted in 2012 by the U.S. Environmental Protection Agency. The improvements are good enough to translate into Americans living slightly longer lives.

“The trend across the country is that air quality is improving,” says Daniel Cohan, an atmospheric researcher and associate professor of environmental engineering. “Power plants are getting better at controlling emissions. There are more industrial controls to pollution. Cars are getting cleaner.”

Particulate matter comes from burning fossil fuels and industrial, agricultural and natural processes. It is a combination of liquids and solids that are so small they can remain suspended in air for weeks.

When inhaled, fine particulate matter can travel to the deepest recesses of the lungs and cause multiple health problems. Exposure has been linked to cardiovascular and respiratory diseases including lung cancer, according to the World Health Organization. The agency estimates that particulate matter caused 3.1 million deaths around the world in 2010, and accounts for a global annual average of three percent of cardiopulmonary diseases and five percent of lung cancer deaths.