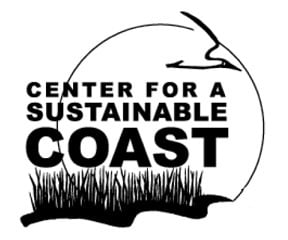 On Earth Day, Georgia’s Environmental Protection Division Director Judson Turner announced a radical policy change that will eliminate protective buffers along Georgia’s tidal marshes. This came as a result of a dubious reinterpretation of language in the 1978 Georgia Soil Erosion and Sedimentation (E&S) Act, used to protect waters of the state.

Georgia’s treasured 300,000 acres of tidal marshes are about a third of those remaining on the U.S. east coast and are vital to the region’s fisheries, migratory birds and scenic quality.

Center Executive Director, David Kyler, responded by saying, “The EPD Director’s action is a political fix in the guise of a far-fetched legal rationale. His decision discounts the end purpose of the E&S law, which is to safeguard Georgia’s waters. You can’t protect the marsh with a buffer that is submerged, as it would be under this new EPD policy.”

• Areas that were protected along the marsh edge will be built in, exposing new homes and others structures to storm damage and flooding.

• Cost of flood insurance and disaster recovery will rise accordingly.

• Seawalls will be built along marsh edgesin futile attempts to protect development in areas previous serving as buffers – causing more damage to marshes due to erosion at the base of those seawalls.

Reckless coastal development will surely be the end result of this disastrous policy shift:

“The public interest in protecting Georgia’s prized tidal marshes is seriously impaired by this ruling. This radical EPD policy change is profoundly threatening to our coast and must not go unchallenged,” said Center Board President Steve Willis.”

To voice opposition to this decision: