The President has notified Congress of actions he directed federal departments and agencies to take to encourage Iceland to cease international trade in whale meat and products. The President’s instructions come in response to a certification issued by Secretary of the Interior Sally Jewell that Iceland’s international trade in whale meat and products is diminishing the effectiveness of the Convention on International Trade in Endangered Species of Wild Fauna and Flora (CITES).

Secretary Jewell’s certification, as required by the Pelly Amendment to the Fishermen’s Protective Act, followed on from a similar certification by then-Secretary of Commerce Locke in July 2011, in which he stated that commercial whaling by Icelandic nationals diminished the effectiveness of the International Whaling Commission (IWC) conservation program. The IWC adopted a commercial whaling moratorium in 1982.

In the letter notifying Congress of his actions, the President said: “Just as the United States made the transition from a commercial whaling nation to a whale watching nation, we must enhance our engagement to facilitate this change by Iceland.” His directives reaffirm those made pursuant to the 2011 certification and include several additional actions including, among others, encouraging Iceland to promote alternative non-lethal uses of whales in Iceland, such as whale watching; working with other international actors on additional measures to reduce Iceland’s fin whale trade and enhance the effectiveness of CITES; and re-examining bilateral cooperation projects with Iceland in light of its whaling policies. A detailed list of the actions directed by President Obama can be found here: http://www.whitehouse.gov/the-press-office/2014/04/01/message-congress-iceland-and-fisherman-s-protective-act.

Iceland resumed commercial whaling in 2006 and since then has exported whale meat and products despite a ban on international commercial trade. Unlike Japan, Iceland does not consider itself to be bound by the IWC’s moratorium on commercial whaling. In December 2013, Iceland issued a fin whale quota of 154 fin whales per year for the years 2014-2019.

From 2008 to 2012, trade reports show that more than 1.6 million kilograms of fin whale meat and products were exported from Iceland to Japan. Fin whales are listed in Appendix I of CITES, which prohibits trade for primarily commercial purposes. 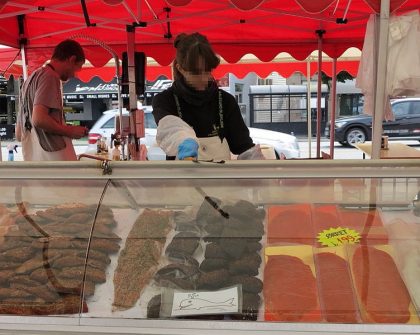