The electric and gas utility industries are facing substantial changes. For decades, rising sales have contributed to increasing revenues and profits, but the combination of improved energy efficiency with the growing use of solar electric systems and other forms of “distributed energy” has reduced growth rates, which could lead to small declines in future sales. But these potential small declines will not lead to the kind of “death spirals” claimed by some industry alarmists, as our new report, The Utility of the Future and the Role of Energy Efficiency, shows. Still, the industry and their regulators will need to make substantial changes in the next few years in order to continue providing quality service at a reasonable price, while providing utilities reasonable returns on their investments.

According to the alarmists, utility sales could plummet, requiring utilities to raise rates so they can recoup their fixed costs (such as the cost of the current distribution system), and these rising rates would drive additional customers to leave the system, a phenomenon they call a death spiral. Our study examines three potential sales scenarios, employing increasing levels of energy efficiency, solar electric power and electric vehicles. The most extreme scenario includes levels of energy efficiency now being achieved in only a few states plus the use of solar electric power that eventually uses nearly all available roof space. Under this extreme scenario, national electricity sales decline about 10% by 2040, an average reduction of 0.39% per year. Under a more likely mid-range case, sales grow 0.04% per year, while under the reference scenario, developed by the Energy Information Administration, sales grow 0.7% per year…

To read the report visit: https://aceee.org/research-report/u1404

Source: The American Council for an Energy-Efficient Economy (ACEEEE) 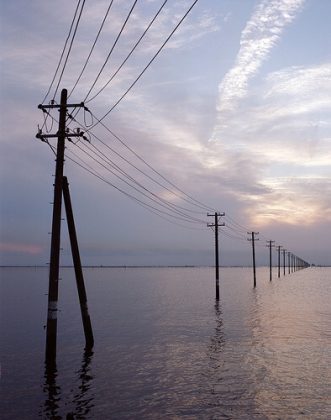