312 Ephesus Lighting stadium fixtures featuring 44,928 Cree® XLamp MK-R LEDs were installed in the University of Phoenix Stadium to replace more than 780 metal halide fixtures. This is a huge step for the LED lighting industry; signifying the reality that 100 percent LED adoption is within our reach. The new system uses just 310,000 watts of energy as compared to the 1.24 million watts needed to power the previous system for a 75 percent reduction in overall sports lighting energy consumption. And, each Ephesus LED light provides nearly double the illumination of traditional metal halide lights. 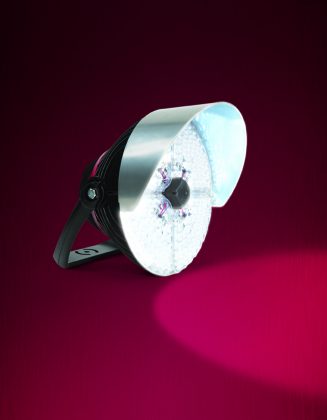 · How? While some brands will shell out $4.5 million per 30-second TV spot during Sunday’s game, Cree will be center stage based on its unrivaled technology alone. Cree has enabled LED technology to be discrete, reliable, bright and cost-effective enough to build viable LED stadium lighting. According to Joe Casper, founder and chief technology officer of Ephesus Lighting,

”The capabilities of LED technology have changed the way we view sports lighting. This was a great opportunity to showcase our innovative lighting technology in a venue known as a leader in introducing new ideas to the sports marketplace.”

· What does this mean? Most stadiums rely on high-intensity gas discharge fixtures for the main lighting that take time to power up to full brightness—a half hour is common. LED lights, in addition to being efficient, can be turned on and off with the flick of a switch as LEDs have more control and metal halide fixtures typically require a minimum 20-minute warm-up period. LED lights provide brighter and more uniform light, which eliminates shadows on the playing surface and 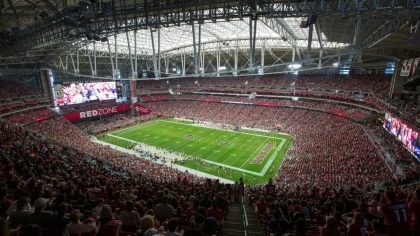 creates a better stage for players, fans, and those watching on high-definition televisions. The lighting experience also assists with necessary actions, such as the slow-motion camera and replays. In fact, Peter Sullivan, regional vice president and general manager of the University of Phoenix Stadium said,

”They were fantastic on a variety of levels. These lights are rated for super slow-motion, so the clarity and the level of light and the type of light is phenomenal.”

• Why should I care?
This is a big deal – for LED technology, and for stadium viewers everywhere. More than energy savings, better experiences, it signifies that the world is on its way to LED adoption; and that the technology is truly viable for all general lighting applications out there. And if that’s not enough: it’s pretty cool that the lighting industry is evolving before our eyes!