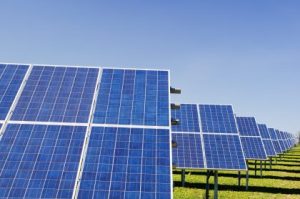 all nonessential appliances, brewed their coffee and cooked their meals outside, and used computers at the library instead of at home. In one month, they reduced their energy consumption by 94%, easily winning the grand prize-a $7,500 Lowe’s gift card-in the Be an Energy Rockstar contest sponsored by Puget Sound Energy. Students at Minnesota’s Carleton College went even further: they camped outside for the duration of their winter campus competition.

Other games inspire less extreme energy-saving strategies-and not just short- term ones. In the Ugliest Lighting Contest, the city of Palo Alto got its citizens to submit pictures of their most hideous incandescent or halogen lighting by offering the winner $400 toward an LED upgrade. The contest helped draw attention to the city’s many rebate programs for other efficiency upgrades, like appliances and solar panels. It was a quirky-and clever-strategy for raising awareness about something much larger than a light bulb.

These are just a few examples of the gamification of energy efficiency. Gamification-still a new enough term that my auto-correct always wants to change it to “ramification”-refers to the strategy of turning a real-world activity into a game in order to make people more likely to do it.

ACEEE’s new report, Gamified Energy Efficiency Programs, focuses on this cutting-edge approach. We surveyed 53 games and apps from the US and around the world to see what made them tick and whether they actually did save energy.

We found several energy-saving games in which the winners achieved remarkable reductions: the energy Rock Stars of Bellevue, Washington (94% reduction), a San Diego family that won its city’s title of Biggest Energy Saver (46% reduction), the winner of Brooklyn’s Reduce the Use (49% reduction), and the winning multifamily building in the Chicago Neighborhood Energy Challenge (34% reduction across electricity, gas, and water usage).

What really matters, though, is not the thriftiness of these individuals, but large-scale, sustainable savings through behavior change. Nine of the games we studied have compiled overall energy savings data indicating that savings of 3-6% are attainable among large groups, and that in smaller-scale, tightly targeted programs, savings of 10% are a potential goal. Some games even focus on appliance upgrades and other measures with long-term impact.

The best of these games and apps use some pretty ingenious strategies to motivate you to reduce your energy use.

To read the report, visit: http://aceee.org/research-report/b1501