Heres an interesting program folks.  In France, drivers with old diesel cars are being given up to 10k Euros; thanks to the French government.

This rebate program is like the US cash for clunkers but even better.  This program can get you into an EV instead!! 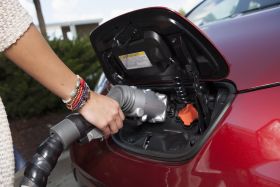 So those older diesel engines that don’t meet new emission standards produce extremely high levels of pollution; you know soot and all that nasty stuff versus the new TDI or diesel cars that are much cleaner.

However, nothing is ever better than an electric car so this “new scheme” is to get the old diesel clunkers off roads and get those drivers into much cleaner and greener cars.

From April, anyone with a diesel car that is at least 13 years old is invited to scrap their existing vehicle and swap it for an EV in exchange for a “super bonus” of 10,000 euros. The only condition is that they must live in one of France’s PPA zones, which designate high pollution areas and concern almost half of French residents.

The 10,000 euro bonus is actually the result of combining two financial incentives: the existing environmental bonus of 6,300 euros for purchasing a new EV and the new bonus of 3,700 euros for scrapping an old diesel car. If drivers prefer to replace their diesel vehicle with a rechargeable hybrid, their total bonus will be up to 6,500 euros.

In order to further encourage drivers to adopt EVs, the French government announced the installation of seven million new charging points across the country. It will also become a legal requirement to supply charging stations in car parks, train stations, supermarkets and airports.