MSi lighting has gone with a Mr. worldwide company called RIMOWA luggage. While they just started relamping their stores, RIMOWA has stores from Paris to Milan to Fifth Avenue to Beverly Hills.

When you add the amount of stores and savings, they gave to be savings tens of millions of dollars (estimated $30M). This is not baloney, its true unadulterated numbers. They speak for themselves.

Richard Morszeck and his father Paul were the owners of a manufacturing company for suitcases. Due to a fire, all the materials used for the production were destroyed except for the aluminium stock. In 1937 Richard Morszeck then created the first suitcase made entirely from aluminium, which combined high stability and low weight.

Today Rimowa also produces luggage made of polycarbonate, always with its characteristic design structure. The products are manufactured in Germany, the Czech Republic, Canada and Brazil.

As MSi is now part in parcel with 3M, even one of the biggest companies in the world knows LED lighting is one of the hottest industries in America. “3M’s Light Management platform enables the company to manipulate light in different ways, and we are committed to developing high-quality LED lights,” said Gabi Sabongi, Vice President, 3M Corporate Ventures. “Solid-state lighting technology has the potential to reduce U.S. lighting energy usage by nearly one half and contribute significantly to the nation’s climate change solutions. MSI’s technology is a great fit with 3M and takes our business relationship to the next level in a way that complements both companies.”

According to Energy STAR, LEDs are “directional” light sources, which means they emit light in a specific direction, unlike incandescent and compact fluorescent bulbs, which emit light and heat in all directions. For this reason, LED lighting is able to use light and energy more efficiently in many applications. However, it also means that sophisticated engineering is needed to produce an LED light bulb that shines light all around like an incandescent A-shape bulb.

The cooling or HVAC and maintenance costs over 10 – 20 years are amazing. They don’t pay for themselves, they make the customer money.

You see, the company decided to buy their bulbs and are using them in all their stores worldwide. From Beverly Hills to Paris to New York City. We are talking over 65 Countries worldwide. This is a serious LED order with serious energy, maintenance and cash savings.

According to Rimowa, some of the biggest celebrities use RIMOWA luggage.

No matter where they come from or where they’re going, celebrities like to travel in style. That’s why they always make sure to bring RIMOWA along with them. For decades, RIMOWA suitcases have been playing a major role in the worlds of art, culture and music.

For all the RIMOWA stores 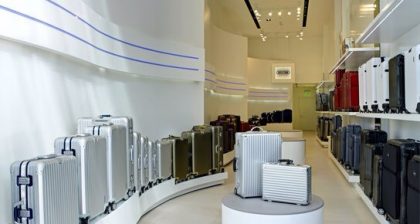 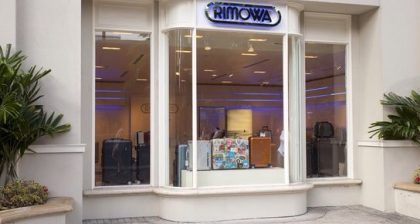