I’ve been seeing more and more exotic exercise programs advertised on television and talked about around town. I checked out a couple, and they seem pretty expensive and complicated. So in the interest of keeping it simple, I have gone to an exercise staple to stay in shape – swimming.

I found a local pool that would let me join for a very modest price, and that was really all I needed to start swimming on a regular basis. I had swim lessons when I was a kid – thanks, Mom – so I knew basic strokes. I went to the pool when the lap lanes were open and began with a basic crawl stroke down the lane. That was all it took to begin swimming. I didn’t need a gym, a set of weights, a trainer, or a set of CDs. It was so nice to have a simple workout that was time-tested for effectiveness. Here are some great resources I found with more details:

I was in good enough shape that I could run for 5 miles, but I had hurt my ankle and needed to stay off it for a while. One of the things I appreciated very quickly was that swimming is very easy on the joints. I didn’t risk turning an ankle like I had done several times on the running trails. I didn’t overextend like I have with weight workouts and hurt my shoulder. Because of buoyancy, my body only has to support a fraction of its weight in the water, which means that water provides a lightness that reduces my chances of injury.

Since I was in pretty good condition already, I thought I could swim for a long distance. I quickly found out how tough a workout swimming can be. I had to stop and catch my breath at the end of the lane and was pretty surprised at how quickly I could feel my breathing escalate. I had watched Michael Phelps in the Olympics, so I had an idea of just how amazing swimming could be for you, but after trying it, I quickly had a new appreciation for his astonishing feats. I stuck with it and have worked up to a satisfying level of workout, and I can already tell my body has a better tone to it. My endurance has increased, and now I love the amazing cardiovascular benefit I get.

I read that the heart has to work less just being in the water, giving swimming an advantage that you just can’t get in the gym. A person’s heart rate will be around 13 percent lower – which translates to an average of 17 fewer heartbeats per minute. It is thought that this effect is due to the lowered impact of gravity and the lower water temperature. It must be a very subtle effect because I can’t really tell when I’m in the water, but I’ll take that advantage any time.

For a simple and inexpensive way to exercise and maintain my health, it is hard to beat the benefits of swimming. I smile when I leave the pool because I feel great, and my joints don’t ache.

Kaitlin Gardner started An Apple Per Day to explore her passion for a green living lifestyle and healthy family living. She and her husband have just moved to rural Pennsylvania, where they enjoy exploring the countryside to discover interesting and out-of-the-way places. She is also learning how to paint watercolors. 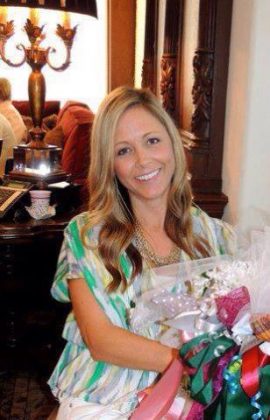