No wonder why the 2014 BMW i3 all Electric car is flying off the shelves like hot cakes. All electric and then gas backup to power only the electric motor giving over 70 MPG!  Let’s not forget luxury and refinement not seen in other electrics. Last year alone they sold almost half off what the Nissan Leaf has sold worldwide. 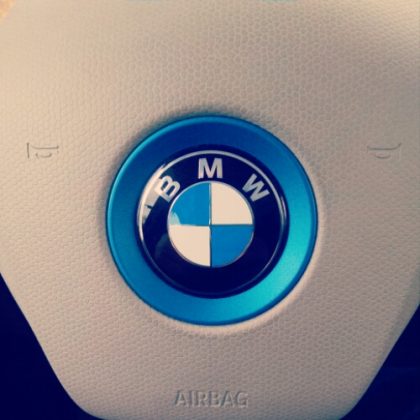 The Drive Module, which is constructed out of 100% aluminum, consists of the 22-kWh, 450 lb. lithium-ion battery, electric drive train, MacPherson struts and 5-link rear suspension system (plus structural and crash components).  Just to be clear these were great struts and shocks in the winter snow too.

The stability to the car is added with the battery packs holding down the vehicle in the rear; close to the drive wheels. This totally gives an impressive ride: way better than expected. Forget it driving like a BMW but in the winter test it had way better traction than expected.

Drove Superbowl Sunday Night and it Snowed. no problem! 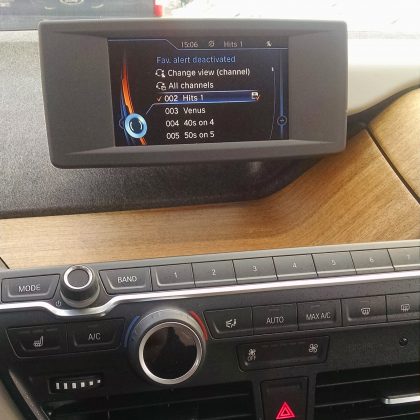 Even a quick glance tells you the 2014 BMW i3 is not your ordinary BMW. As one of the first two models in BMW’s new environmentally friendly “i” sub-brand, the i3 is free from the packaging constraints automakers typically encounter when placing electric components in a vehicle that was never intended to have them. It is also free from the historic expectations of what people expect a BMW to look like, drive like and be powered by.

The result is a car that quite obviously looks unlike any BMW that’s come before, but also one that is one of the most innovative on the road. At the same time, it still adheres to the fundamentals of the BMW brand: rear-wheel drive, responsive handling, a composed ride and energetic performance.

As US News and World Report wrote:

The 2014 BMW i3 is the only fully electric vehicle in the upscale small car class. This four-door hatchback is powered by a 170-horsepower electric motor paired with a single-speed transmission and rear-wheel drive. Its 22-kWh lithium-ion battery gets an overall range of 81 miles. Some models come with a range extender, which increases the overall range to 150 miles. With the i3’s energetic acceleration, passing cars is no problem. It takes about 18 hours to charge the i3 with a standard 110-volt outlet, but this can be reduced to 3.5 hours with a 220-volt home charging station. A quick-charging public station can charge the i3 in about 30 minutes. The i3 gets 137 mpg-e in the city and 111 mpg-e on the highway for a combined fuel economy rating of 124 mpg-e.

Driven and tested during Superbowl weekend: the official 2015 BMW i3 all – electric with range extender car launch. The BMW i3 range extender (REx) is an interesting car in many ways. The all EV drive system is very impressive. It gets 80 miles in ECO MODE all electric and 85 miles gas backup or fill up. 85 percent of all trips are within that range, so the majority of the time it’s all EV.