Chicago, April 7, 2015 — Opening a new era for cooperation on the world’s most critical water issues, mayors from across Great Lakes and the Middle East will sign a pioneering agreement this month that links their cities through game-changing “Sister Waters” partnerships. 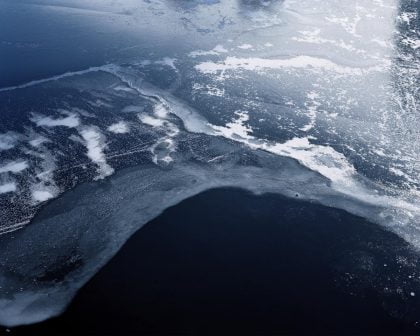 treaty-signing will take place at Water after Borders: Global Stakes, Local Politics, a historic two-day summit at the University of Illinois at Chicago, April 23rd-24th, 2015. Water After Borders will focus on strategies for sharing water across political, geographical, and cultural boundaries.
Mayors and representatives are expected to sign the treaty at the conference. They include Palestinian Mayor Hassan Jirmi, Jordanian Mayor Khalifah Suliman Mohammad Aldayyat, Israeli representative Ran Molho to convene with Mayor John Dickert of Racine, Wisconsin, Mayor Mitch Twolan of Huron-Kinloss, Ontario, Canada and Mayor Denis Lapointe of Salaberry-de-Valleyfield, Quebec, Canada.

The treaty will compel signers to “facilitate technological, business, educational, capacity-building and community exchanges through sister city and sister water relationships, including workshops, site visits, and opportunities for technical experts, municipal administrators, business leaders, and youth delegations, subject to available funding, and to jointly pursue sources of funding to sustain and enhance the partnership’s associated activities.” 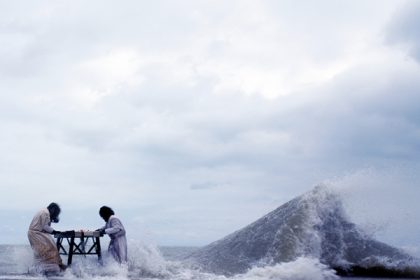 The partnerships will be facilitated by EcoPeace Middle East – an Israeli/Jordanian/Palestinian trilateral organization dedicated to environmental peacebuilding – and the Great Lakes & St. Lawrence Cities Initiative – a coalition aimed at protecting and restoring the Great Lakes and St. Lawrence River.

The two organizations have partnered to develop cooperative relations between mayors from both regions (American, Canadian, Palestinian, Israeli, and Jordanian) over issues pertaining to trans-boundary water sources. The EcoPeace/GLSLCities partnership is supported by Sister Cities International and Citizen Diplomacy Initiatives. Mayors from both regions will hold a joint panel on the second day of the summit, April 24th.

“The agreement will enable mayors in a war torn region to adapt long-standing models of water sharing from the abundant Great Lakes region,” said Rachel Havrelock, associate professor of English at the University of Illinois at Chicago and an organizer of the conference. “State of the art conservation technology from the water poor Middle East will also help U.S. and Canadian mayors to implement systems that value every drop of precious fresh water.” Havrelock is also a founder of Freshwater Lab, a new thinktank on water issues based at UIC-Chicago.

Mayors from the Lower Jordan Valley attending the conference represent partnering communities in EcoPeace Middle East’s “Good Water Neighbors” Program – a unique project launched 14 years ago to develop cross-border cooperation over shared water issues and peaceful relations between neighboring communities in the conflict-ridden Levant. Within the Lower Jordan River basin, the program is focused on creating communal and political will for the rehabilitation of the heavily diverted and polluted Jordan River, through the facilitation of cross- border mayoral and municipal cooperation, education, community leadership, and youth activism, combined with classic top-down advocacy efforts vís-a-vís the Palestinian/Israeli/Jordanian governments. 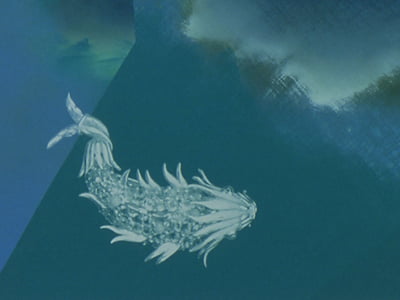 American and Canadian mayors attending the conference represent Great Lakes/ St. Lawrence cities that are part of the GLSL Cities Initiative. The Great Lakes and St. Lawrence Cities Initiative is a binational coalition of U.S. and Canadian mayors and other local officials working to advance the protection and restoration of the Great Lakes and St. Lawrence River. By integrating their environmental, economic and social agendas, local governments are helping to sustain a resource that represents approximately 20 percent of the world’s surface freshwater supply, provides drinking water for 40 million people, and is the foundation upon which a strong regional economy is based. Members of the Cities Initiative are committed to working together and with other orders of government and stakeholders to improve infrastructure, programs and services and increase investments that protect and restore this globally significant freshwater resource.

Through their partnership, EcoPeace and GLSL Cities will foster knowledge exchanges over technical, economic, educational, capacity-building and communal aspects of water management and protection, and advance peaceful relations and stability between communities which share water resources.