Bank of America reduced its use of paper by 32% between the years 2000-2005 despite a significant growth in customers and expansion.  Additionally, employees who invest in hybrid cars are given $3,000 back for their green-minded decision.

General Electric has sold over $12 billion-worth of eco-friendly products, including solar panels for houses and buildings.  Dupont, producer of plastic and rubber materials, reduced greenhouse gas emissions by 63% in the 90s.  Home Depot changed plans regarding where it acquires wood; harvesting trees from old-growth rainforests is no longer a part of operations. 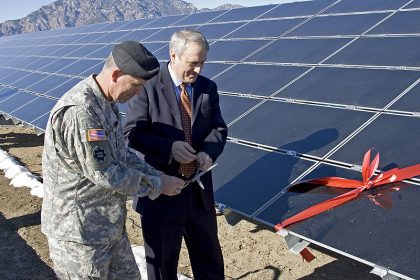 Of course, going green benefits the Earth, but what other incentives inspire businesses to make greater efforts?  For one, it’s a great public relations tool.  People appreciate the efforts made and become advocates of brands’ goods and services.  Also, savings are made in the process despite upfront costs.  Over time, energy-efficient equipment equals lower electricity bills, and in some cases, less transportation costs.  Coke reports savings of over $90 million in 2010 associated to reduced package waste. 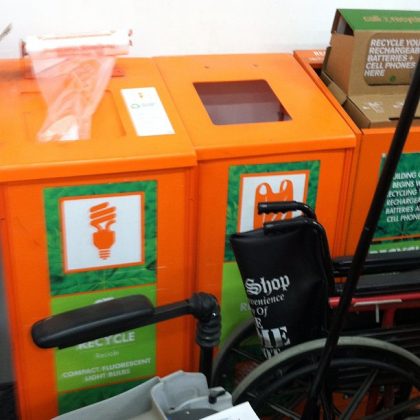 However, the government urges consumers be wary of vague or misleading marketing tactics.  Look for actual facts, such as “made from 75% recycled paper,” rather than loose statements about ‘going green.’

President Obama made a call for change in 2009, instructing that greener building practices be applied.  A large number of government agencies led the charge to follow orders.  The US Treasury reduced its potable water use, ensured 9% of energy used at the facility is renewable, and reduced use of fleet petroleum by 50%.  The Government Green Council gave the Treasury a ‘gold’ LEED medal for the efforts. 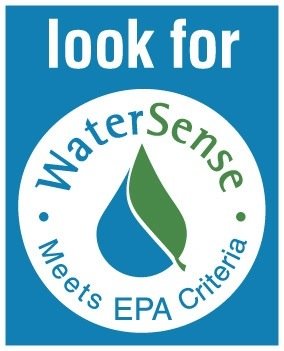 The Department of Defense is getting in on the green action too.  The Air Force increased its alternative fuel inventory by 27%.  The Air Force, utilizing a telework center in Virginia, is expected to save $314,000 in annual costs.  J & J Mechanical is doing the same for businesses and homeowners in the adjacent state of North Carolina.  The Army plans to instate onsite landfills to offset energy purchases.  The Pentagon is making it standard that energy-efficient, water-efficient, and environmentally-friendly products and services are sought from its contractors.

The Department of Homeland Security is replacing dated vehicles with high-efficiency ones that release low greenhouse emissions.  The department hosts a program to replace a number of vehicles with alternative fuel models.  Moreover, the department initiated less travel expenses by utilizing video conference technology and web tools.  Lastly, the federal government urges local branches to go green by initiating a number of practices such as using Energy Star equipment and green building products.

Richard K. Bare is an environmental engineer. He likes to write about protecting Mother Earth. His posts are available on many homeowner and green living blog sites.