Throughout California, residents and businesses are trying to comply with new water conservation rules due to drought conditions. A ‘smart’ irrigation technology is helping many of them avoid fines and penalties while preserving attractive landscaping.

A company called ETwater based in Novato, California offers smart irrigation control that measures the depletion of plant moisture and adjusts the watering schedule accordingly.

Relying on 24×7 connectivity to sensors in the soil from a company called Numerex, the system enables the collection and analysis of large amounts of weather and soil-condition data to determine the optimum irrigation schedule.

In the irrigation industry, ETwater is redefining the space with smart irrigation. Their cloud-based platform relies on Numerex’s 24×7 connectivity enabling the collection and analysis of large amounts of weather and soil-condition data. This information is used to determine optimum irrigation scheduling.

“We trusted Numerex for this migration project because of their respected M2M network and connectivity expertise,” said Lee Williams, SVP Product at ETwater. “We have an ambitious and highly capable cloud-based service that we provide to our customers but we don’t want our clients to ever worry about network connectivity.”

ETwater leverages nationwide networks of weather stations and other data sources to create irrigation schedules that adjust remotely based on weather conditions. Migrating the 2G field devices offers higher bandwidth transmission of weather forecasts, moisture levels, and other data packets and delivers real-time results. Prepared for the evolution of 2G to 4G, ETwater’s partnership with Numerex ensures their customers always have access to the higher bandwidth allowing them to operate at the speed of business. 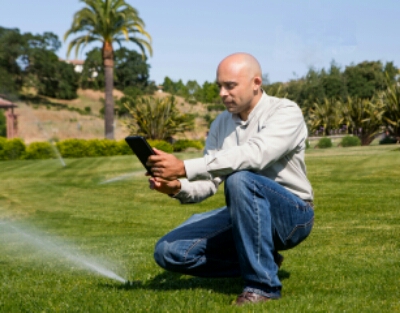 Powered by the Numerex Network, ETwater’s cloud-based M2M management connection saves time, enabling the remote monitoring of multiple client sites, conserving water and reducing labor costs. In drought-stricken areas like California, and other areas with water restrictions, this can have a huge impact on water usage and efficiency.

“Reliability is also a huge factor for us in establishing true ROI,” Williams said. “While improvements in reliability may be less tangible, they are significant in terms of how customers think about and align with our services.”

Now, if unauthorized changes or interruptions occur in watering schedules, an email alert is automatically triggered. If a main line valve breaks, the system automatically shuts the irrigation system down. In addition to seeing savings in provisioning and labor costs, ETwater anticipates seeing cost reductions in data usage over time.

“Since migrating to 4G using the Numerex Network, we have experienced enhanced reliability and connectivity, as well as improvements in radio technology support.”