Consequently, I had heard something about it being an environmental movie. However and frankly that was it.

So when I met O’Barry I wanted him to feel comfortable talking. So we met and this is what they taught me.

Marine Mammal Specialist, Earth Island Institute Richard O’Barry has worked both sides of the dolphin street per se. That’s because the first 10 years with the dolphin captivity industry is something being investigated. So it’s not comfortable talking about until now. Especially when you have the past 38 years are against us. Working back in the 1960s for Miami Seaquarium, O’Barry captured and trained dolphins. That’s including the five dolphins who played the role of Flipper.  Yes as in the popular American TV-series of the same name.

When Kathy, the dolphin who played Flipper most of the time, died in his arms, OʼBarry realized.  I mean that capturing dolphins and training them to perform silly tricks is simply wrong. From that moment on, O’Barry knew what he must do with his life.

So on the first Earth Day, 1970 he founded the Dolphin Project. It’s dedicated to freeing captive dolphins. All as a result who were viable candidates and educating people. Therefore people throughout the world and the plight of dolphins in captivity.

As a result, he launched a searing campaign against the multi-billion dollar dolphin captivity industry. Thereby telling the public what was really going on at dolphin shows. As well as urging people not to buy tickets to see dolphins play the fool. O’Barry has rescued and released more than 25 captive dolphins. They are located in Haiti, Colombia, Guatemala, Nicaragua, Brazil, the Bahamas Islands and the United States.

His more than 45 years of experience with dolphins and his firsthand knowledge about the methods used to capture and train them has taken him all over the world to participate in lectures and conferences about the controversial dolphin captivity issue. As he knew it would, this created a lot of hostility toward him by those who stood to profit from the continued exploitation of dolphins.

Dolphins and whales have a long gestation period – about 11 months and they can nurture their young for years. They are not prolific breeders. The Southern Atlantic Blue Whale has yet to recover from the devastation wrought on that species by rampant over-fishing. Out of perhaps 311,000 Antarctic Blue Whales about 2,280 are left, or about 5%.

Despite a 20-year moratorium on whaling they have yet to come back in any significant numbers. In the 1964-65 killing season 5 catcher fleets of Japanese whalers could not find a single blue whale. As a result the Japanese whalers rented out whaling base stations from Chile. So the winter home of Antarctic Blues wiped out every one they could find. Chile has recently declared all of their territory waters a whale sanctuary.

O’Barry added to me “They’re in this for money. Take it away and they’ll quit doing this,” says and adds: “Dolphins are free-ranging, intelligent, and complex wild animals, and they belong in the oceans, not playing the clown in our human schemes.”

For more information about Richard, visit the bio page on his website for the movie.

Charles Hambleton who handles his clandestine operations was also at the showing of the movie.

Charles was born in Miami, Florida. His father worked for Pan American Airlines, so he grew up all over the world. He studied English at Roanoke College in Virginia and Environmental Microbiology at University of Vermont.

He moved to Boulder, Colorado to play music and recorded and toured extensively. Leaving the music business in 1991, he moved to London, and then to Antigua, West Indies where he still resides. 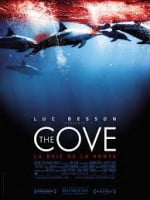 Charles has worked as a dive master, commercial diver, and sailor and with treasure hunter Scott Mitchen. Together they have discovered numerous wrecks around the Caribbean and began to salvage old growth hardwood from the Great Lakes. He is a re-breather diver, has a private pilots license, and a 200 ton Yacht Master ticket.

Back in Antigua he worked on many commercials & local film productions, and also with the Marine Department on location for the “Pirates of the Caribbean” movies. Charles also met Louie Psihoyos in Antigua, and for more than 10 years he has worked with Louie on many photography assignments.

In rare spare time he races his wooden sloop “Summer Cloud” throughout the Caribbean.

Finally, I can’t thank the Earth Island Institute for allowing me to attend this event for my website interview.