Back in 1995, when hybrid cars were unproven, experimental machines with a very unclear future. Back in 2001 I tested the first Prius that looked like a Toyota Echo. Fast-forward twenty years, and Toyota has sold over 8 million hybrid vehicles, with just 10 months between this and the last million-unit milestone. 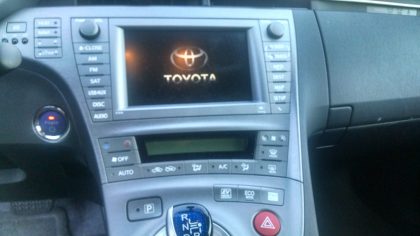 A 50-MPG combined fuel economy rating? Yes it was overall a 50 MPG car but it hit closer to 60 MPG during certain city conditions too. The Hybrid Synergy Drive totally got a bit more efficient which combines the output of a 1.8-liter Atkinson-cycle, 4-cylinder engine with an electric motor.

The system’s combined 134 net system horsepower feels even stronger to the driver due to the unique way the system combines the torque of the gasoline engine and electric motor through a planetary-type continuously variable transmission. A full hybrid, the Prius can run on the gasoline engine alone, battery alone, or a combination of both. The Prius feels responsive in all driving situations, and powertrain quietness is another benefit revered by loyal owners.

Other Cool Features
The 2015 Prius Four had eight JBL® GreenEdge™ speakers and an eight-channel JBL amplifier. The awesome GreenEdge technology reduces electric draw on the vehicle. I mean it only can help enhance fuel economy.

The car tested even included the Deluxe Solar Roof Package with the Head-Up Display and Premium HDD Navigation System.

Regenerative braking seriously helps you save energy. It puts mpg back and also electric energy captured during deceleration: sending it to the battery, which helps to reduce fuel consumption.

Also, the exhaust heat recirculates heat waste by warming its engine coolant during cold startup. That helps reduce emissions and has the added benefit of getting heat to the cabin more quickly.

Standard Modes
As before, the Prius driver has four driving modes, Normal, POWER, ECO and EV.

However in all ECO mode this Prius got closer to 60 MPG in the city. Some basic non-hybrid efficiency was employed in this car to boost MPG. Maybe the LED headlights or the better drag coefficient. Whatever it was there are MPG improvements since 2013.

The trick now is to convert that Prius to a plug in hybrid electric car as I wrote about in my book Build Your Own Plug In Hybrid Electric Vehicle. Then you get amazing 100-200 mpg. Plus renewable energy to plug into. 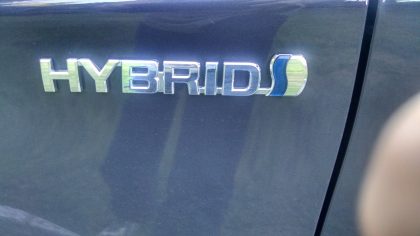