Solarize Hudson Valley is really gaining media traction in Ulster County. The Daily Freeman which is a publication for the area wrote up a story on their efforts. 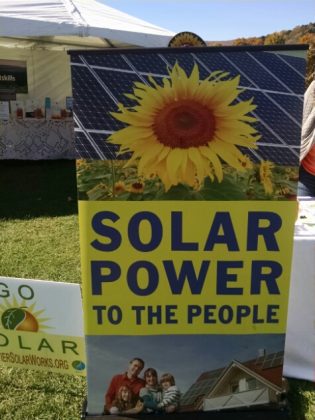 The “Solarize Campaign” hosted by community leaders in the towns of Woodstock and Rosendale is encouraging new solar energy installations. The program is one of three campaigns launched by Solarize Hudson Valley in July.

Initially the Woodstock-Rosendale program was set to end Nov. 16, but increased demand encouraged the Solarize team to extend the program until Nov. 30.

“We are incredibly excited to see that Solarize Woodstock-Rosendale has generated. I mean more than 225 free solar assessments. All with more than 70 proposals. All provided to home and small business owners,” said John Wackman, program manager for the community-sponsored, state-supported nonprofit program. “Since July, Woodstock, Rosendale and surrounding towns including New Paltz and (the hamlet of) Tillson, hosted numerous educational workshops and solar open houses.