The roll top menace: Why this bin needs to be banned

The commercial roll top bin needs to be banned or completely redesigned to put an end to a series of accidents in the waste management industry.

That’s the opinion of Britain’s fastest-growing commercial waste company which says that the bin – one of the most widespread in the industry – is to blame for a long series of accidents which make it less than popular with operators. 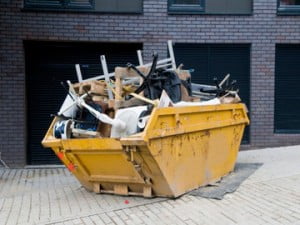 According to BusinessWaste.co.uk, it’s all too easy for the roll top to slam shut, often on an unsuspecting arm, and it’s this history of incidents which make it unsuitable in a trade that prides itself on its safety standards.

“The fact that most injuries caused by roll tops bins are relatively minor in the grand scheme of things means that they’re overlooked as a cause of workplace injuries,” says BusinessWaste.co.uk spokesperson Mark Hall, “but minor injuries stack up, and no employer likes paying sick pay and compensation for preventable incidents.”

The problem is that the design of the bin means that it can shut quickly without warning, and an operator whose attention is elsewhere might find themselves injured. While the lid itself is made of heavy-duty plastic, it still packs enough of a punch to break bones. 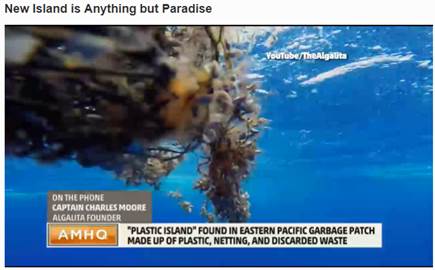 The reliability of the lids on commercial roll top bins is a known issue. While perfectly safe to use when new, the lid mechanism tends to seize up over time, meaning they are either wedged open permanently, or act in an unpredictable manner when being emptied. That’s when they can slam shut as the mechanism frees itself and become a danger to operators, says Business Waste

BusinessWaste.co.uk, in conjunction with Yorkshire-based health and safety consultancy Protecting.co.uk found that most injuries laid at the vicious door of the roll top bin are crushed and broken fingers, broken and bruised arms, and the occasional blow to the head.

Some of these injuries have been relatively minor, but most result in days off work and lost productivity.

As one bin operator put it: “One minute I was wheeling a roll top back to the company’s bin bay, the next I was rolling around on the floor clutching three broken fingers. My mates say it just slammed back shut on me for no reason. I was off work for months.”
Another said: “More fool me to try to force a jammed mechanism on one of those stupid bins. Broken wrist.”

“Employers have a duty of care to their workers, and frequent injuries caused by equipment might leave them open to prosecution or a civil case for compensation,” Protecting.co.uk’s Jonathan Ratcliffe explains. “Both the waste company and the commercial client can find themselves at risk of a claim if bins are found to be faulty following an accident.”

And it’s this risk which has driven BusinessWaste.co.uk to call for a complete ban on their use. Roll tops were introduced as a convenient alternative to the lift-top bin. They’re also a space-saving measure for areas where there’s little room to lift a lid.

However, this convenience has introduced a new level of risk which BusinessWaste.co.uk says is unacceptable.

“There’s really no place in a modern, safety-conscious industry for a piece of equipment that fails so regularly and is a constant cause of incidents and injuries,” says BusinessWaste.co.uk ‘s Mark Hall.

“Either a new, safer mechanism is introduced across the board, or we roll back the roll tops and just use lift-top bins from now on.”

While development of a safer alternative with incur extra costs, BusinessWaste.co.uk says it’s a small price to pay to end the growing mountain of sick days and compensation claims.

“Safety should be our number one priority,” says Hall, “But we’ve turned a blind eye to this menace in our industry for too long.”

“Get rid of the roll tops.”

BusinessWaste.co.uk is a leading expert in recycling and waste disposal for businesses of all kinds. We manage waste and recycling collections for companies in and around major towns at the best possible prices.

Our company is committed to reducing wasteful landfill, and works to help companies increase their recycling targets.

http://BusinessWaste.co.uk
recently – and successfully – called upon authorities in England to follow the examples of Scotland, Wales and Northern Ireland to introduce charges for supermarket carrier bags and reduce the massive waste and environmental damage they cause. It’s a campaign that is on the verge of victory.