WASHINGTON, D.C. — Today a bipartisan group of senators voted to block Sen. Pat Roberts’ (R-Kan.) legislation, dubbed the Deny Americans the Right to Know (DARK) Act,which would have prevented Vermont and other states from labeling genetically modified foods. The bill would have put in place a discriminatory and voluntary system reliant on QR codes, websites and toll-free numbers to disclose GMO content. A similar bill, which passed last year in the House, took away states’ rights to label and regulate GMO crops. 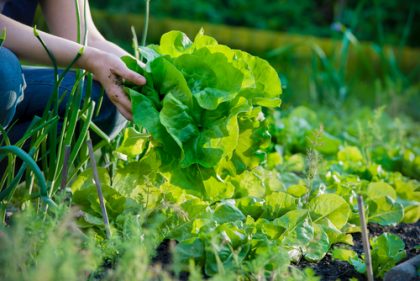 Friends of the Earth strongly supports mandatory GMO labeling and applauds the senators who stood against  the DARK Act, an undemocratic and desperate attempt by junk food and chemical corporations to keep Americans in the dark about what we feed our families. More than 90 percent of Americans want GMO labeling and this bill would have done nothing to satisfy the tidal wave of consumer demand for transparency evident in states across the U.S. The bipartisan defeat of this bill is a testament to the strength of the movement for a truly sustainable, healthy and transparent food system.

We urge the Senate to stand strong against any proposals that fall short of clear, on-package labels that allow Americans to make an informed choice about what they eat. Proposals for GMO disclosure via QR codes, websites or toll-free numbers discriminate against lower-income, rural and elderly Americans who have less technological access. In this election year, voters won’t soon forget which senators choose to stand up for their right to know.

Friends of the Earth fights to create a more healthy and just world. Our current campaigns focus on promoting clean energy and solutions to climate change, ensuring the food we eat and products we use are safe and sustainable, and protecting marine ecosystems and the people who live and work near them.