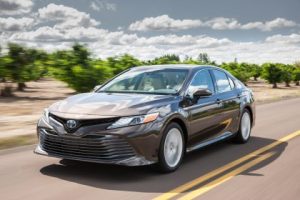 . That is the equivalent of powering 995,000 average American homes for an entire year. Saving that much energy across Toyota’s 14 North American manufacturing facilities could not have been possible without the individual efforts of team members to reduce energy use in their processes and work areas. Their efforts have enabled Toyota to earn its twelfth consecutive U.S. Environmental Protection Agency Energy Star Partner of the Year Award.

“Being named an Energy Star Partner of the Year is a tremendous honor,” said Toyota’s Plant and Environmental Engineering Group General Manager Robin Haugen. “Earning that honor twelve years in a row is testament to the dedication of our team members to reduce our carbon footprint and become an environmental leader in our industry.”

Specific examples of energy reduction efforts resulting in cost savings of more than $82 million in the fiscal year ended March 31, 2016, include:

Since Benchmarking began in 2002, Toyota has realized cost savings of more than $640 million and reduced overall energy consumption by 35%. This could not have been possible without the support and commitment from Toyota’s senior leadership to reduce our environmental impact by supporting energy reduction projects such as replacing fluorescent light fixtures and HVAC control systems with more energy efficient types. Toyota Team Members play a big role in our energy reduction activities, identifying low and no cost kaizens and sharing ideas across all of our plants. All this adds up to huge energy reductions across Toyota manufacturing facilities.

Energy Star Partners of the Year were recognized during ceremonies Wednesday, April 13, at the Marriott Wardman Park Hotel in Washington, D.C.