There is an increasing need and demand for sustainable and cost-efficient technologies in public transport, logistics and industrial production. Electrification and hybridisation of commercial vehicles and mobile machinery offers cost-effective solutions to these and potential gains for process owners and operators. The ECV project entity, coordinated by VTT Technical Research Centre of Finland, has brought together a large number of businesses, research institutions and universities in the field. ECV has contributed in creating domestic products and markets for electric commercial vehicles in the whole value chain from components to systems. The aim of ECV has been to support in the process developing new competitive export products such as electric buses and mobile machinery. 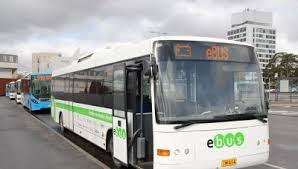 ”The creation of testing and validation expertise is a key area that can give a boost to the export industry. The Finnish market for working machine industry’s machines, components and maintenance services are extremely limited compared to the production,” says ECV Network Coordinator, Project Manager Mikko Pihlatie from VTT.

The three main themes of the ECV project entity, which is networked with businesses, are: electricity storage and batteries; vehicles, machines and their power line; and systems for vehicles and mobile machines and charging.

Energy-efficient and cost-effective electric buses are a step towards emission-free public transport. Low energy consumption decreases the operating costs of the buses.

The Finnish electric buses are charged automatically at bus stops while passengers are getting in. Automatic fast-charging systems are being implemented for testing with 12 electric buses in Espoo and Helsinki. 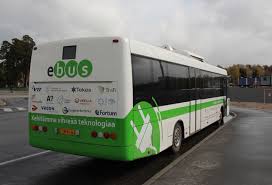 ”The batteries of electric buses can be charged with enough energy for the next round in as little as 1.5–3 minutes. Thanks to the aluminium chassis, the bus is light, but it is also quiet and energy-efficient,” says Linkker Oy’s CEO Kimmo Erkkilä.

New consumer-oriented mobility services are tested and developed all the time on the Finnish electric buses. VTT acts as a partner to cities and service contractors in the planning of the electric bus system.

Currently the Finnish buses are running in Espoo, but will be introduced also in Helsinki and Turku this summer. The objective is to get other cities to join in the development of electric public transport.

Kalmar has launched both a hybrid and a fully electric straddle carrier for ports and expects them to obtain a major market share already in the near future.

“Solutions that save the environment are becoming more and more important especially in port operations owing to tighter regulation,” says Vice President Tero Kokko from Kalmar. “Many container ports are also located very near city centres, further contributing to regulations. Hybrid and electric straddle carriers will reduce both carbon dioxide and noise emissions considerably. If operators make use of automation systems, light pollution will also be reduced, because the machines can operate in darkness.”

”The market in Europe for electric and hybrid utility vehicles is already beginning to open up, but the real electric traffic market of today lies in China and elsewhere in Asia. Advanced technology in these markets especially in terms of better energy efficiency will create opportunities for Finnish cutting-edge technology,” says Visedo’s Director for OEM Sales and Marketing Tomi Ristimäki.

The Tekes-sponsored network has included a total of 13 companies in their own development projects. Altogether 30 companies have co-fundedthe public research project that supports development in the field. All in all, the network’s projects have a budget of approximately EUR 18 million.