The energy-efficiency and cost-efficiency of buildings and areas can be improved by combining different heating methods locally. The DESY project, led by VTT Technical Research Centre of Finland, used ecological hybrid solutions to enhance the efficiency of heat and electricity production in buildings. Cost-efficient energy investments entail heating and heat recovery. A hybrid solution combining a ground heat pump with solar heating turned out to be the most efficient solution with the lowest life-cycle costs.

Locally distributed energy production and investments were studied in the DESY (Distributed Energy Systems) project, which was led by VTT. The goal was to produce energy close to the consumption site by using hybrid solutions in order to generate electricity and/or heat for the buildings in question. Hybrid production was developed by combining existing technologies: primary sources of energy such as electricity, district heat or oil were combined with local, environmentally friendly energy sources like solar and wind power as well as local biofuels and ground heat pumps.

The results of the DESY project show that solar power used either as heat or as electricity is a good way of reducing the amount of sourced electricity needed in addition to a ground heat pump. Solar power was particularly efficient when combined with ground heat in terms of the profitability of investments. The payback period for an investment is between five and six years, as compared with the costs of oil and electric heating, for instance. Solar panels are required to produce solar power. The prices of solar panels have fallen significantly over the last few years. If solar power is used to reduce the amount of sourced electricity required in addition to a ground heat pump, the payback time of such an investment is around nine years. The benefits of solar power also include environmental friendliness, ease of use, quiet operation and the ability to combine it with all major heating methods. No safety distances protecting against sound or light are required for devices utilising solar energy – unlike in wind power plants.

The combination of solar and district heating is also profitable, provided that the solar energy replaces boiler capacity, which involves higher production costs, between spring and autumn. The local district heating network can also be used for the temporary storage of surplus heat produced by buildings.

Solar energy is also required to produce additional heat and electricity in buildings that are close to being zero-energy. The environmental emissions generated by this method are around 50 per cent lower compared with district heating and electric heating. 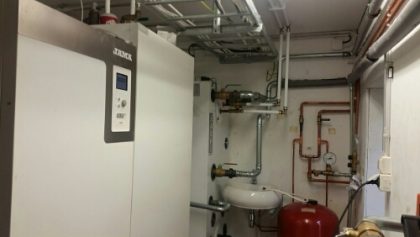 Phosphorus, which causes eutrophication in water bodies, is used in the manufacture of solar panels. However, once material costs and use have been taken into account, the emission impact of solar energy is significantly lower compared with traditional energy production methods.

The study also found that the consumption requirements for passive-energy buildings (15 kWh/m2v) are difficult to achieve by only adding insulation. What is needed in addition is an efficient ventilation system and heat recovery from exhaust air and hot household water. However, this does not necessarily reduce the investment’s payback time. In addition to the above, seasonal thermal energy storage is also required for buildings that are close to being zero-energy in order to neutralise the need for primary energy at an annual level.

It was discovered in the project that adding more than one local hybrid solution to a building does not represent a profitable investment as yet.

The study was conducted by making simulatable models which were applied to case targets, and by using follow-up measurements and expert panels. 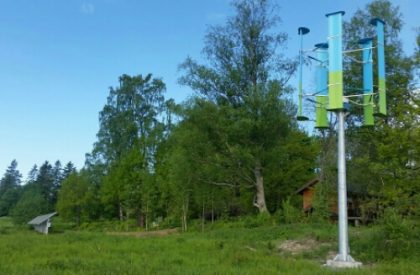 According to the DESY project’s expert panels, factors that will substantially affect the future prospects and demand for hybrid production include energy policy, consumer awareness with regard to the subject, and the supply of ready-made solutions for locally produced energy.

Six research organisations: VTT, Tampere University of Technology, Lappeenranta University of Technology, University of Jyväskylä, University of Vaasa and Natural Resources Institute Finland LUKE and 12 companies ABB, Fortum, Valmet, Wärtsilä, Helen, Vantaan energia, EnvorGroup, ST1, Savosolar, Ekogen, Gasek and HT-Enerco participated in the VTT-coordinated project, which lasted for 2.5 years. This study is one of CLEEN Ltd’s research projects. The project was funded by the Finnish Funding Agency for Technology and Innovation Tekes, VTT and the businesses and research partners. 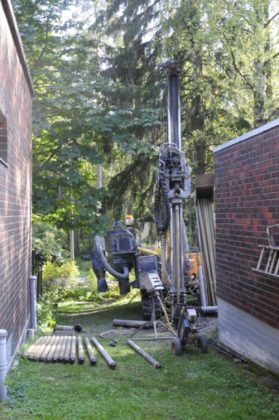 A solar cooling project, led by VTT, has been launched as a follow-up. In this project, office facilities are cooled using solar heat. Results can be expected in the autumn of 2016.