STREETLIGHTS in the centre of Adelaide are being fitted with smart technology as it moves closer to its goal of becoming the world’s first carbon neutral city.

Adelaide City Council has partnered with tech giant Cisco and lighting specialist Sensity to modify more than 60 lights along Pirie Street and Hindmarsh Square in the heart of the CBD. 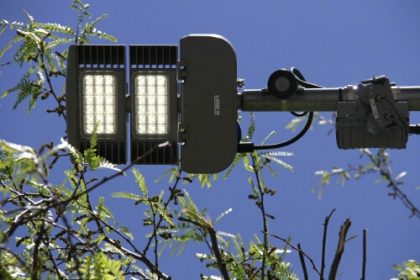 “Smart LED lights now allow us to monitor on a light-by-light basis the energy consumption of each of the street lights,” he said.

“It also allows us to program different lighting scenarios such as dimmability with the help of presence sensors. We can detect when someone is walking on the footpath or driving on the streets and we can increase the brightness of the lights when it is needed.

“We will also have remote notifications of when streetlights aren’t working. This will allow us to respond more proactively and it will reduce our overall maintenance costs.”

If the trial is a success, the council will consider rolling the lights out in more areas across the city.

In 2014, the City Council signed a Memorandum of Understanding with Cisco and the Government of South Australia, which focused on encouraging and supporting local businesses and entrepreneurs to develop and commercialise smart city products and services.

Cisco later named Adelaide as one of seven smart and connected ‘Lighthouse Cities’ in the world and the first in the Southern Hemisphere.

The Lighthouse City status gives Adelaide access to Cisco’s global network and a strategic partnership in relation to the emerging Internet of Things. 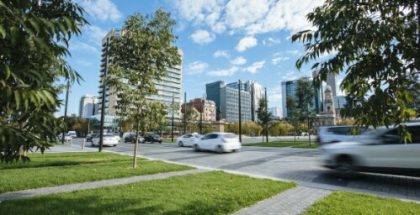 Ghosh said the smart lighting trials would begin in the next two to three weeks and would be the first of many initiatives to help Adelaide develop into a leading Smart City.

“We are looking at smart parking technologies, such as in ground sensors around the city.”

“We have been talking to a number of technology companies, both local and international who are interested in what is happening here with smart technology. The journey is just starting but we are open to all possibilities.”

To read the entire story: http://bit.ly/1SwglW2