Leonardo DiCaprio takes us with Fisher Stevens to Inconvenient Truth 2.0. What a wake up movie this is.

Before the Flood was directed by Fisher Stevens (The Cove and my favorite Undefeated) captures a three-year personal journey alongside Academy Award-winning actor and U.N. Messenger of Peace Leonardo DiCaprio.

Throughout the movie Leonardo interviews individuals from every facet of society; in both developing and developed nations. Each person provides their own unique, impassioned and pragmatic views on what must be done today and in the future to prevent catastrophic disruption of life on our planet.

You have to admit, it doesn’t sound like must-watch TV: a National Geographic Channel documentary about climate change starring Leonardo DiCaprio. Mixing together the science of our damaged planet and the guy who fought the bear in the movie “The Revenant” seems like a bit of an odd choice.

But the combination works.

DiCaprio steps into the role of science journalist, interviewing researchers, innovators, and people living in parts of the world where severe impacts of climate change are already being felt. The film trades in charts and jargon for stunning images of climate catastrophes already underway.

“Before the Flood” is so powerful because it presents climate change as it a really is: a global threat that links together people separated by class and geography. 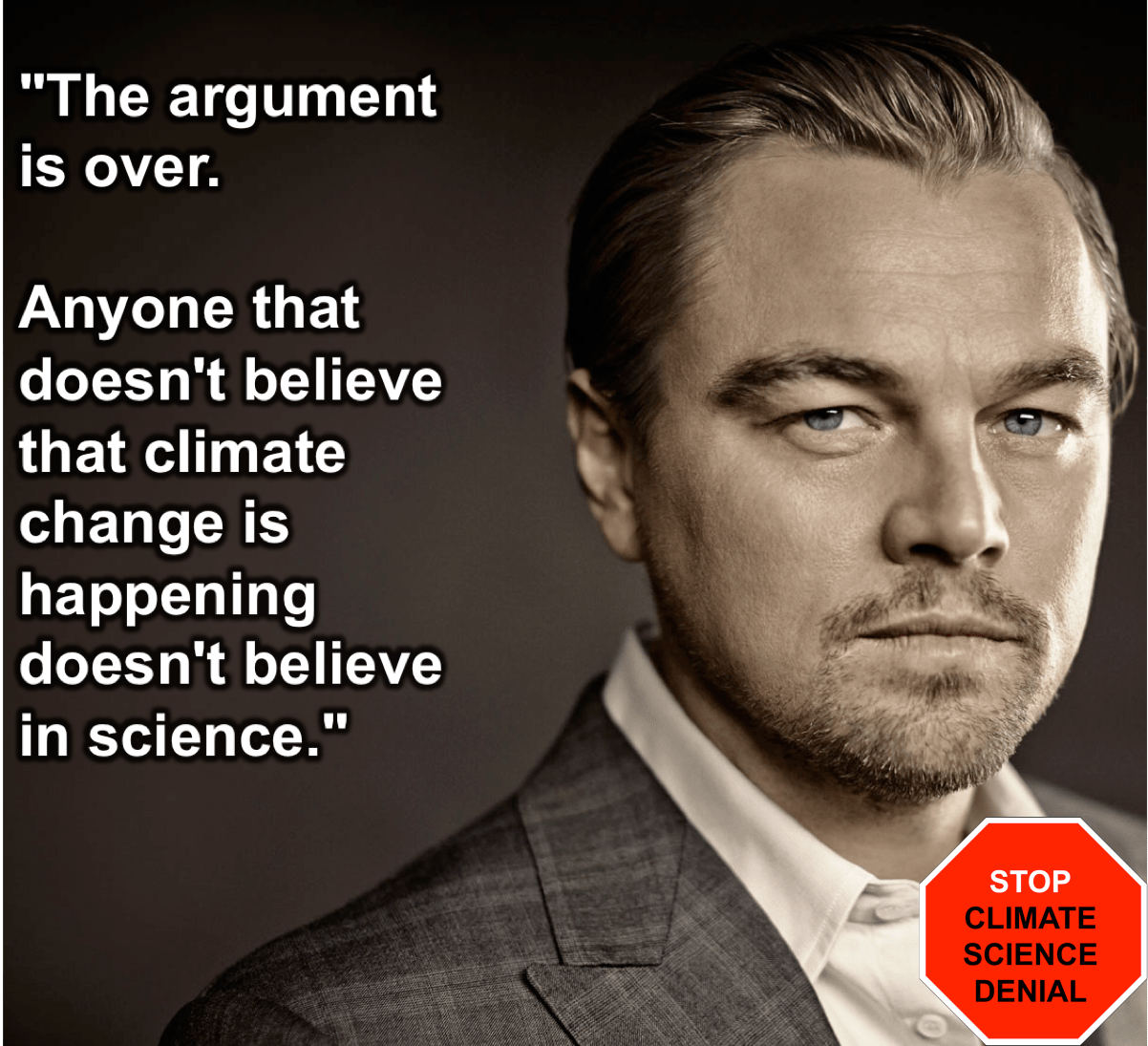 Or as Director Fisher Stevens said to the Green Living Guy,”It was meant to wake people the F&@&!@’k UP!”

What I respect the most about this movie is that Fisher Stevens has now joined in the idea that climate change movies need to occur more regularly. He’s 100 percent correct.

Building upon his movie Racing Extinction, Fisher wanted to continue filming movies like this that ignite that inner understanding of the need to take care of this earth. This type of an environmental movie is exactly what’s needed in our world today.

Like a lawyer developing the real evidence and case about climate change, and truthfully discovers we must do things NOW! to literally prevent catastrophic disruption of life on our planet.  Like really folks. We are this close to bad stuff. Watch the movie!

They even got Trent Resnor and Atticus to write the music. Resnor even wrote the song “A Minute To Breathe”, which is his newest piece in a while that we’ve heard from his voice on the mic.

As Resnor recently said in Billboard:

Reznor: When I saw it, it was something we felt we needed to be involved with — the fact that the country’s even debating about the science of this seems absurd and we related to it and wanted to help in some small way. We also thought it would be an opportunity to work with some people that we respected and could collaborate with so we reached out to Gustavo and Mogwai. We showed them the film and we didn’t talk about what scenes we’d be scoring; we just started to collaboratively write some music we felt like might be in the same wheelhouse for this film.

However, the Guardian really sums up this movie well. It examines our fossil-fuel addiction, including emerging powerhouses such as India who now resent the idea of being denied the energy-consumption prosperity that the US has already enjoyed. The answer seems to be, of course, enforcing the 2015 Paris agreement, developing wind and solar power – although revisionist arguments for nuclear are not touched upon – and also a carbon tax. A shift in public opinion has to be achieved to change the political classes’ opinion: DiCaprio concludes with a ruminative walk-and-talk interview with President Obama ….A serious, substantial piece of work!

For every use of #BeforeTheFlood across Facebook, Twitter, and Instagram between October 24 – November 18, 21st Century Fox and National Geographic will together donate $1 to Pristine Seas and $1 to the Wildlife Conservation Society, up to $50,000 to each organization.
[youtube https://www.youtube.com/watch?v=90CkXVF-Q8M&w=560&h=315%5D

Get the soundtrack on iTunes: http://apple.co/2e6e9dq

Act Now with the hashtag #BeforeTheFlood

About Before the Flood: