Since the turn of the century this goes back to. For shipping container homes been around. They have slowly started becoming more common.

However it’s over the last three years. Especially since shipping container homes have really started to gain popularity. All with their price and eco-friendliness. For that’s being key selling points. With thousands of used shipping containers left. They are abandoned in ports. All throughout the US. So let’s take a closer look. Most importantly at the use of recycled shipping containers.

Several homes have helped launch the idea. All that shipping container can be turned. Especially into beautiful homes. Also affordable and environmentally friendly homes.

The Peralta family’s home, named ‘Containers of Hope’. One which was made in 2011. For it was built out of two old 40 foot shipping containers. Their home really showed people for the first time. Especially that shipping container homes can be affordable. The home was designed by Benjamin Garcia Saxe Architecture. Most noteworthy, it was built for under $40,000. All which includes the cost of purchasing the containers.

Perhaps the most famous use of shipping containers is the Graceville Container home.

All which was built back in 2013. That’s by Todd Miller. The Graceville Container home was originally shown on Grand Designs Australia. For that’s where Todd showcased the idea. Can you say of a three story home? Also, can you say a 6,000 square foot home? This home was built for $550,000. It has since been featured on Container Home Plans. 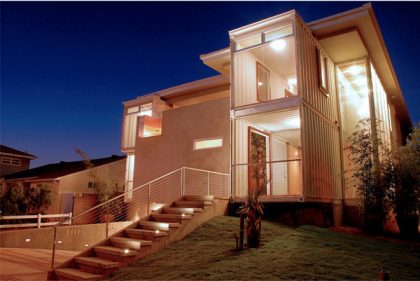 Another great example of a truly ‘off-grid’ container home is amazing. For it’s Larry Wade’s ‘Taj MaLodge’. He built the container home himself. All for around $35,000. However, this figure doesn’t include the cost of the land.

In addition, it even features DIY solar panels. Located on the roof for best exposure. All to provide some additional energy. Especially on solar panels at your new home?

So What Else Are Shipping Containers Being Used For?

Not only are shipping containers being used. All to create incredible homes. Yet we have started to see them being used for numerous other reasons. 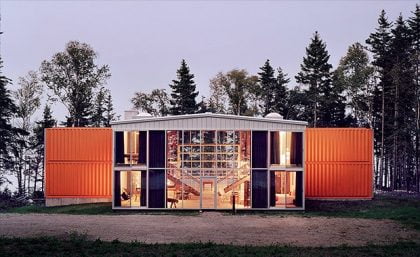 Why Are Shipping Container Homes Popular?

The use of shipping containers as a building material has dramatically risen. Especially over the last decade.

For that’s due to two main reasons. Firstly, the cost. Building a home from shipping containers can be significantly cheaper. I mean versus building a home out of traditional materials. We have seen this through examples such as Containers of Hope. All for a 1000 square home. That was built by Benjamin Garcia Saxe. Can you say for $40,000.

Be careful though as idyllic as it. All because shipping container homes don’t come without drawbacks. Most notable are that shipping containers require work. So it’s a fair amount of man hours. In addition and energy. All to convert them into living dwellings.

In addition the wooden floors in containers. Ugh Yes, for they are typically full of hazardous chemical pesticides. I mean, so new flooring is the thing. it’s a requirement in most containers.

While mobile field offices aka shipping containers have historically been found on construction. Also or disaster sites. That’s because it’s where a portable workspace is needed.

Yet these innovative and economical portable structures are becoming more commonly used to fit a multitude of needs.

That’s from individuals and small businesses. Also to large corporations in need of a multi-unit complex. Because they are constructed out of refurbished shipping containers. Those that have been previously IOS (International Organization of Standardization). For that’s certified for freight transportation. Especially they are engineered to withstand heavy cargo loads. Moreover and harsh ocean conditions.

Finally let’s not forget this means they are highly resilient to vigorous winds, hurricanes, tornadoes and earthquakes.

However if you are looking for a sustainable project you can. One which can both environmentally friendly. Moreover and financially viable. You know; maybe a shipping container home is for you?