Urban areas are known for their convenience, not their green spaces. Living in a city generally means trading wide open spaces for walkability, but that trade-off comes with a price– without space, gardening doesn’t seem like a possibility for a lot of people. When your yard is confined to a tiny concrete patio or balcony, what can you do?

The answer may lie in green roofs. For the most part, the flat roofs of city buildings are essentially wasted space. A properly outfitted, planted, and maintained green roof can be effectively used to combat hunger and possibly even slow climate change.

As tempting as they might sound, creating and maintaining a green roof is more than just putting down some soil and commencing planting. Soil and water are extremely heavy, and many roofs may not be structurally sound enough to support them. Waterproofing and drainage can also become an issue for old, sunken, poorly-sealed roofs. It’s vitally important to level the surface too, to keep water from pooling, stagnating, and contributing to leaks or mold growth.

With your roof level and fully open to the sky, you can plan your layout based on what will be easiest for you to maintain. Have an idea of how large each plants will get at maturity to avoid crowding and shadowing. Avoid grouping plants with different needs together– for example, plants that require a lot of fertilizer with those that prefer poor soil.

For a green roof, you may actually want to skip soil. One of the major things to consider is the degree of evaporation most roofs deal with. Organic compost typically retains water better than soil does, and some rooftop gardeners find that their plants do best in pure compost. If you plan to grow plants that require well-drained soil, use organic compost for soil augmentation. Since drainage is also a factor, there must be a drainage layer and waterproof membrane between the soil and the roof itself. Landscaping fabric will help keep the growing medium from filtering down into the drainage layer. The growing medium sits atop the landscaping fabric, and an additional layer of mulch above that can help protect roots, deter pests, and reduce evaporation.

To save water, consider adopting some xeriscaping principles. Rely on natural rainfall as much as possible, and group plants together based on their water needs. If space, weight, and pollution allow, consider installing a rain barrel to capture rainfall for later use. If that isn’t an option, a hose spigot can be a lifesaver. Water is heavy, and carrying bucket after bucket up to a roof to water vegetables may soon prove to be more trouble than it’s worth.

The best plants for a green roof love the sun and don’t mind drought. You’ll avoid excess water weight on your roof, and your plants won’t burn and wilt under the hot sun. Rhubarb, Swiss chard, sweet potato, eggplant, okra, mustard greens, peppers, chickpeas, and lima beans are some drought-tolerant plants that may do well on a roof. Some plants function as “companion plants” in gardens, reducing disease and pest exposure and encouraging growth. For example, aromatic herbs function as pest-repellent. Calcium-depleting plants like broccoli should be planted near plants that don’t require as much, like beets. 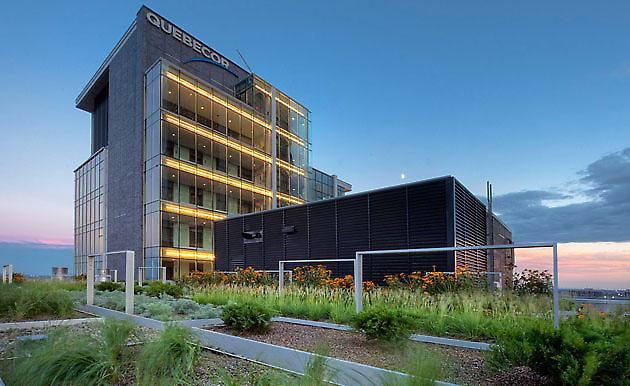 A lot of publications treat green roofs as a fad, but that couldn’t be further from reality. Rooftop gardens produce food for urban communities, reduce people’s dependence on unsustainable produce, sequester carbon dioxide, and help reduce urban heat problems. While gardening has long been the purview of rural and suburban communities, urban green roofs may be the sustainability wave of the future.