First off, what a novel $160 million and so cool renewable energy project. Furthermore, I mean combining wind, solar and storage technologies with Vestas Wind Systems A/S. Well a deal reached financial close. So, Tesla will supply batteries. Vestas Wind Systems A/S will supply turbines. It seems that’s for the first phase of the Kennedy Energy Park. The project co-developer is WindLab Ltd. 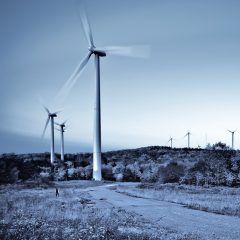 . Also, the project in Queensland Australia. In addition, it’s financed by the Clean Energy Finance Corp. Plus and also Australian Renewable Energy Agency is financing the project too.

In conclusion, the 60.2 megawatt development will be the first. It’ll thereby connect the three renewable power technologies to the Australian grid. Through a single connection point folks. Most importantly, it gets completed end of 2018. The combination will help provide reliable supplies of electricity. Finally it’ll be overcoming one of the biggest downsides. Therefore, we are talking intermittent renewable energy generation technologies.

I also wrote that Vestas Wind did the Talinay Oriente.  For it is also in the Coquimbo region. Furthermore, the project has been and is operational since 2013. The plant also has 45 wind turbines of 2 MW each. Most importantly and all for a total installed capacity of approximately 90 MW.

It can also generate up to 20 GWh per year. For that’s avoiding the emissions of more than 165,000 tons of CO2 annually.