Hey all!  CES 2018 is a wrap and the poll results are in. After over 2,500 votes, it’s clear that you all wanted for me to cover the Panasonic NextGen 2170 battery. Tesla and Panasonic have partnered to mass-produce lithium-ion battery cells. They want to increase global volume for electric vehicles at the Gigafactory for the NextGen 2170 battery. This 2170 is used in the Tesla power wall. So this is a residential clean tech discovery. When paired with a solar energy solution, creates a responsible home energy management system.

As I mentioned in this video at CES 2018 Panasonic showcased everything from Solar Shingles to batteries to Powerwalls and battery swapping.

At the booth, Panasonic shared that they and Tesla have partnered.  They’ve partnered to mass-produce lithium-ion batteryagd.  as well as the Tesla Model 3. The high performance cylindrical 2170 cell was jointly designed and engineered by Panasonic and Tesla to offer the best performance at the lowest production cost in an ideal form factor for both electric vehicles and energy products, like the Tesla Power Wall.  The Power Wall is a home energy storage and management solution. Panasonic and Tesla are conducting phased investment in the Gigafactory. This will have 35 GWh/year production capacity of lithium-ion battery cells. That‘s more than produced worldwide in 2013. 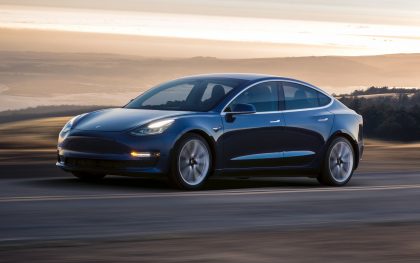 Hence it’s driven by the rise of battery gigafactories and game-changing Powerwall and energy storage businesses. As well, the world now finds itself at the beginning of a lithium super cycle. It’s seems and is therefore all about securing new supply.

As I have stated before, we have 400,000 pre-orders on the Model 3. Elon Musk has even mentioned during the unveiling that Tesla will be gobbling up much of the world’s lithium supply. Then he’s got plans to produce 500,000 EVs per year. “In order to produce a half million cars per year…we would basically need to absorb the entire world’s lithium-ion production.” Remember – this is one man, one company. Tesla’s soon-to-be-completed gigafactory will produce more lithium-ion batteries than the rest of the world combined.

With the Gigafactory online today and ramping up production, the cost of battery cells will significantly decline. Therefore, Tesla will no doubt help in bringing down the cost of batteries. Tesla can make products available to masses quicker than any other car company.

And even without the battery gigafactories, a Powerwall and storage revolution will do a lot. Then you forget streets lined with electric vehicles and demand is large. It’s expected that demand for lithium would still remain steady just to keep up with consumer electronics.

Gigafactoty 2 – Just as Big at CES

To date, Panasonic has produced over 1 billion solar cells. Look we know advances in solar tech is hard to come by. Yet their technology, found in Panasonic’s panels offers some distinct advantages. Thereby it is allowing for higher energy output. In fact, their commitment to R&D in this area has led us to a record-setting solar cell efficiency of 25.6%. This is the result of ultra-thin amorphous silicon layers. Those layers absorb and retain more sunlight than others. It’s an ingenious bifacial design that captures light on both sides of the panel.

Panasonic is estimating that global volume for electric vehicles in fiscal 2026 will see an approximately six-fold increase from fiscal 2017, to over 3 million units. We are also partnering with Tesla on the Gigafactory 2, in Buffalo New York, where we will jointly produce high-end solar roof tiles. Imagine high efficiency solar panels that are virtually invisible. Then imagine them built right into the material of the roof tiles. Aesthetics will no longer be a barrier. The barrier which has been to responsible home energy creation and management.

Battery Swapping Too Oh My!!

Panasonic is also the global leader in Lithium ion batteries. Yes, they are a leader in battery products for Electric Vehicles. This is changing the very nature of personal transportation. A great example is the Gogoro scooter. In many parts of the world, 2- wheeled transportation is the primary mode of travel. This ingenious battery-swapping which is in the video. During the video with Panasonic, we learned this can Be scalable. Can you say electric vehicle battery swapping?!

In conclusion, a better tomorrow starts with what we do today. At Panasonic, they really long been focused on creating a more sustainable planet.  That means leaving the world a better place than we found it. As a result, we’ve become a world leader in eco technologies. From powering electric vehicles to solar grids. It seems to me their solutions are helping many. Many forward-thinking businesses and governments pursue a brighter, more eco-responsible future.
Panasonic is estimating that global volume for electric vehicles in fiscal 2026 will see an approximately six-fold increase from fiscal 2017, to over 3 million units.

Finally, Panasonic is the future of energy for transport and our homes. CES 2018 proved it starts with the 2170 battery.