The big news in home solar isn’t the glut of solar panels worldwide. Or this idea that slashed prices in half and even further.

No, cause the big news is the rise of leasing.

Because this is what makes home systems more affordable. Also it can save you money right away on your electric bill.

For example and several years ago, Hal and Brenda Wright of Centennial, Colorado started looking for solar. Centennial is a town just south of Denver. So they started investigating solar power for their 2,600-square-foot home. It was “more because of the green aspect than the economic aspect,” says Hal.

But Hal, a retired electrical engineer, became enamored with the savings. The six-kilowatt system the couple lease provides 85% of their home’s electricity and cuts their monthly electric bill, which used to be $110, to $16.50, on average. 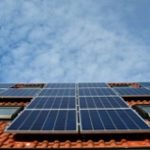 Hal wasn’t averse to buying a solar power system, he says, but leasing made more financial sense. Instead of an initial outlay of more than $12,000, he made a one-time payment of $5,200 to SolarCity, a leasing and installation firm. That sum bought him a 20-year contract for power that will pay back his initial investment in less than five years and yield savings of $16,000 to $18,000 over the life of the contract, he figures.

Leasing has spurred a rapid increase in home solar installations. Though the total number remains small, according to estimates from the Interstate Renewable Energy Council, 186,000 U.S. homes had solar electric systems at the end of last year. Most of those systems were installed in the past couple of years.

SolarCity and other solar leasing firms also offer no-money-down options. With these, your monthly savings is less, and so is your net savings. Lyndon Rive, CEO of SolarCity, says that homeowners who enter into such arrangements pay two to three cents less per kilowatt-hour than the utility charges. Depending on the price of electricity where you live, that will cut your electric bills by 10% to 15%.

Lease or buy? Under the leasing model, solar firms buy equipment at wholesale prices and finance it with big, relatively cheap loans. They also collect all the federal, state and local subsidies. Homeowners get cheaper power and don’t have to worry about maintenance, which the solar firms handle.

Leasing can make solar systems practical for homeowners. Those who may have to move in a few years and worry about investing a lot of money in their home. “Why sink $12,000 in a home solar system if you may sell the house in two years?” asks Seth Masia, of the American Solar Energy Society (ASES). ASES is an association of solar professionals and advocates. More importantly, lease arrangements transfer to the new owner of a house, is selling point. At the end of a lease, depending on the lease agreement, customers can upgrade to a new system. Also they can extend the agreement or simply have the panels removed free.

One risk of leasing now is that no one knows for sure where prices of solar power systems are headed. If prices continue to fall, you may get a better deal by waiting to lease. Future energy prices are also a variable. Part of Hal Wright’s calculation depends on the price of energy rising. In his case, 6% annual increases have been typical, he says. However, the future cost of electricity varies depending on where you live. The most recent report from the U.S. Energy Information Administration says that although electricity prices have been rising in recent years, they are starting to level off and will fall slightly over the next decade. Largely due to the “recent, rapid decline of natural gas prices,” the national average cost of electricity is projected to drop 6% from 2010 to 2019, according to the EIA.

If you have the money upfront to buy a system or can handle a note go for it.  Leasing enables you so no worries to finance it. Although the proposition may be too expensive; you should consider buying. Have solar installers give you bids for both leasing and buying. Of course, if you buy a system, you’ll be responsible for maintenance. Also you won’t have the option of instant savings.

If you do choose to buy, you’ll pay less than in the past because of the current glut of solar panels. Consider a six-kilowatt system, which will provide most of the electricity used in most homes. In 2010, you typically would have paid $8,000 per kilowatt, says Masia, a price that has now dropped to $4,000. So that six-kilowatt, $48,000 system now costs $24,000 — before subsidies.

At current prices, buying a system makes financial sense only as long as federal and state subsidies and tax credits. Even now it still makes sense. In some areas, breaks from utility companies continue. The federal government pays for 30% of home solar systems in the form of a tax credit and did so until the end of 2018. So, in our example, the price for a six-kilowatt system after the federal tax credit is now $16,800.

Five years ago, state rebates (in states that offered them) typically knocked an additional 25% off the price of a home solar system. However, state and utility subsidies have been decreasing along with the price of solar panels. At last count, more than 20 states had subsidies. The top states for home solar installations, not surprisingly, roughly mirror the states with the best subsidies and programs to support solar power. That’s why solar-friendly New Jersey has a high number of solar installations.

The solar industry expects that in about six years prices. For it will come down so much that no subsidies will be needed to make solar power economical. And, industry representatives say, the leasing model will work without subsidies.

In the case of both buying and leasing, the main factors in deciding whether solar makes sense are the cost of energy and the amount of sunshine where you live. For example, residents of Hawaii get a lot of sunshine and pay more than 28 cents per kilowatt-hour, the highest rate in the nation. So it’s no surprise that Hawaii is one of the top markets for solar. Also, you generally need a south-facing roof that’s not shaded.

For a list of programs by state, utility and municipality, go to www.dsireusa.org.

Many calculators can give you an idea whether your location and energy costs make you a candidate for a solar power system (a good one to start with is http://estimator.solar-estimate.org).

Generally speaking, you may want to consider solar if you live in a place where solar installers do business.

They don’t set up shop in places where the numbers don’t work. SolarCity, the largest company that leases home solar systems, operates in 14 states — Arizona, California, Colorado, Connecticut, Delaware, Hawaii, Maryland, Massachusetts, New Jersey, New York, Oregon, Pennsylvania, Texas and Washington — plus Washington, D.C. That’s less than a third of the states, but together they hold 47% of the U.S. population.
The proper size of a system depends on your energy use, roof size and budget — if you’re financing the system yourself. As a rule of thumb, pick a system that generates 70% to 100% of your annual electrical usage.
Whether you lease or buy a home solar power system, you should know that you generally don’t use the power from such a system directly. Instead, it goes into the local electrical grid and the power is “banked.” In almost all states, the local utility has to credit you the retail rate (what customers pay) for the power you contribute to the grid. If you feed more power in than you take out in a given month, you store up credits for future use.

Hal Wright, in Colorado, got his system a year ago and has had a lesson in the seasonality of solar credits. He banked credits during the sunny spring and summer months that he used in the fall to keep his bills near zero. He paid for electricity again in December through March, but when we spoke to him in April, he said, “My energy bank is back in the black.”