Really Seriously? Why Do We Need More Electric Cars On the Road?

Excerpt from Build Your Own Electric Vehicle by none other than the Green Living Guy. YES  Seth Leitman.

Why do we need more electric cars on the road?

Electric cars are the cleanest, most efficient, and most cost-effective form of transportation around. Seriously, electric cars are high-performance vehicles that will continue to meet new challenges in the future. 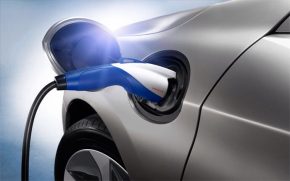 Here are some other reasons why we do need to have more electric cars on the road:

a) No oil changes

b) No spark plugs

c) No other real repairs.

So to start folks and as reported on Wired:

Everyone’s saying it: The future of driving is electric. The big-name car companies have plans to start giving Tesla some tough competition.

Jaguar’s I-Pace electric SUV will be on sale soon. In addition, Porsche is teasing a new concept Mission E Cross Turismo. That which looks like an SUV’s Panamera (in a good way). And normal cars for regular people are going the same way. Combined, Ford and GM plan to offer 34 full electric models in the next five years.

Finally, Each year, American passenger cars and trucks burn 121 billion gallons of gasoline. Furthermore and spew upwards of 3 trillion pounds of carbon pollution into the air. These emissions are from both the vehicle tailpipes and the “upstream” emissions. All from extracting, refining, and transporting the oil to our vehicles. Our dangerous dependence on oil has resulted in many catastrophes the years, and every day, we send more than $500 million abroad to pay for oil, increasing our national debt and dependence on many nations hostile to our policies.

Add to that cities or even whole countries talking about banning sales of gas cars.

More importantly, China, the world’s largest car market. China has considered the idea. So in the meantime it has imposed some of the planet’s most stringent environmental standards.

Further, USDOE goes on to state that 133 million Americans live in bad areas. Areas that failed at least one National Ambient Air Quality Standard. Because transportation vehicles produce 25-75% of key chemicals that pollute the air. That’s even today. They are causing smog and health problems.

So yes all new cars must meet federal emissions standards. However, as vehicles get older, the amount of pollution they produce increases.

In addition, only about 15% of the energy in the fuel you put in your gas tank gets used. Yes folks 15% of energy from gas moves your car. Yes folks down the road and including running useful accessories like air conditioning or power steering. Yes again that’s 15%. Where’s electric cars do 93-98% efficiency. The rest of the energy is lost. Because of this the potential to improve fuel economy with advanced technologies is enormous. Can you say 99.99 miles per gallon. Now they are getting over 104-105 miles per gallon.

There have EVEN been four widely circulated myths/rumors about electric vehicles. MYTHS that are not true. Because the reality in each case is the 180-degree opposite of the myth, you should know about them.

Well, this is probably true if you are talking about a four-ton van carrying 36 batteries. The reality is that EVs can go as fast as you want. The controllers just add everything you need. So just choose the electric vehicle model (or design or build one) with the speed ability you want. One example of how fast they can accelerate. First off, when I was driving a TH!NK City (really small City EV) in New York City.

I was at a traffic light next to a Ford cab (how right since Ford owned TH!NK at the time). The cabbie wanted to see how fast it could go so I said, “I know it can beat you.” (Please note that all of this well within the legal speed limits on the road in Manhattan!) He said, “You’re crazy!” So the light turned green and I hit the accelerator.

The look on the cabbie’s face was worth a million dollars. He was more than surprised at the torque and acceleration. People on the street were screaming, “Go, go, go.” I blew him away. We met up at the next traffic light and he said, “Where can I get one?” Enough said. Technology back then in EVs was nickel batteries. Such as the old Toyota RAV4 or some even today’s hybrid electric cars such as the Lexus or the Honda Civic hybrid. 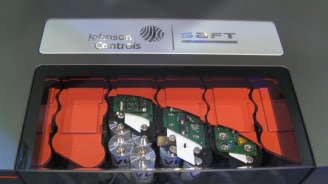 Now more and more companies are using only lithium technology for further range and speed. Second example, I’m test driving a Tesla Motors Sport in 2008 (thank you Elon and Tesla Motors). I got to know the 2019 speeds back then. Anyway with his cars going 0-60 in under 1.8 or 1.9 seconds. I know because I tested back when the only store in New York was in Lower Manhattan.