Let’s talk China wind power folks. First of all and back in 5 May 2016. China’s wind power installed capacity more than treble from approximately 149 Gigawatts (GW) in 2015. Yet folks predicted it to go over 495 GW by 2030. That’s representing a Compound Annual Growth Rate (CAGR) of 9%, according to research and consulting firm GlobalData.

The company’s report* stated China has the highest wind power globally. Consequently that’s true and still true today. Thereby accounting 1/3 of cumulative wind power capacity worldwide in 2015 alone. Then followed by the US. They have 17% of the global share. 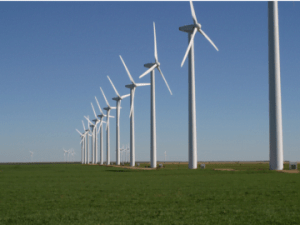 Aswani Srivatsava, GlobalData’s Analyst covering Power, says supportive government policies are key. They therefore include an attractive concessional program. Then with the availability of low-cost financing from government banks. All are the main reasons for success of the Chinese wind power market.

So China’s 13th Five Year Plan revised the 2020 wind target to 250 GW. It also aims to shift focus from scale expansion towards quality and efficiency. Therefore and in order to tackle rising pollution levels first off. Then reducing its dependence on imported oil.

As well as the country is promoting their leasing renewable energy source: wind. So the government has a number of financial incentives. For example and such as feed-in tariffs in place. All consequently to continue the development of wind power.

So reporting in 2016, China was and still is the world’s largest wind market. That’s by some margin today. It shall continue to dominate throughout the 2020s. That’s even as it enters the post-subsidy era from 2021.

Because in 2019 and as of May, China had 60GW of approved project capacity waiting to be installed.

Under the subsidy-phase out policy, this capacity needs to be installed by the end of 2020 in order to qualify for the state’s feed-in tariff.

This could result in the Chinese market reaching the heights of 2015 when it installed over 30GW in a year.

Beyond 2020, however, China’s onshore market will slow to around 20GW a year under the new regime.

Despite China’s wind development achievements to date, the sector faces the key problems. Those of its increasing inability to accommodate the rapid surge in the number of wind turbines in remote areas due to its underdeveloped electrical grid. The Chinese government announced that it will put new wind power projects approvals on hold in 2016. That’s in its northern provinces such as Inner Mongolia, Jilin, Heilongjiang, Gansu, Ningxia and Xinjiang, as the country is faced with grid constraints such as wind power output, system load, power source structure, regulation capability, power transmission scale and operation methods.

Annual wind power installations may not be as high over the next decade as in previous years in 2016. So as the CAGR of installed capacity for wind was 24.4% between 2006 and 2015. However  the market is still expected to be very strong. All with average annual installations to 2030 being in the range of 21-22 GW.