Harmful plasticizer chemicals have been detected in some food service vinyl gloves. These plastics can leach into food upon contact, harming children and pregnant women which are most vulnerable. Maine has now banned this plastic!

An alarming new report finds that disposable PVC food-handling vinyl gloves used in restaurants nationwide may contain toxic plasticizer chemicals. These plastics are called ortho-phthalates (THAL-eights) and leach into the food we eat.

The report was published by the Coalition for Safer Food Processing & Packaging which is a national alliance of public health nonprofits. The report finds gloves from Wendy’s, Burger King and McDonald’s contaminated with phthalates. 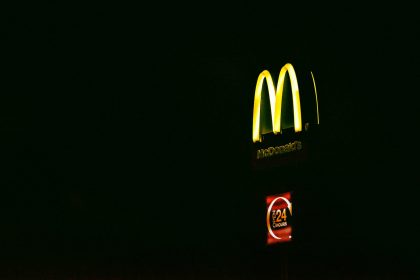 For the report, researchers at the Ecology Center tested 123 plastic food service gloves from 32 distributors and 15 restaurant chains in the U.S. The key findings conclude that over two-thirds of fast food chains tested use vinyl gloves. One out of seven gloves contained phthalates and about ten distributors sold some gloves with phthalates.

These same fast food restaurants received poor grades for their chemical safety policies and practices for the November 2018 Retailer Report Card by the Mind the Store campaign. Certainly, report cards are sent to restaurants and ask that they take public action against such chemicals.

Moreover, restaurants like Panera Bread, Starbucks and and Subway are using polyethylene gloves which is a safer alternative.

The following information is provided by Dr. Trasande MD, MPP., who is the lead author of the 2018 American Academy of Pediatrics, AAP policy statement.

PVC is a hard plastic that requires plasticizers. Like phthalates, plasticizers are used to make gloves flexible enough for use. Also, these chemicals comprise a full third of a PVC glove on average. Plasticizers are not chemically bound to gloves so they easily contaminate food as reported in the Coalition’s 2017 report on dairy products.

As a result, the phthalates discovered in food service gloves were Diisononyl Pahthalate, DINP and Diisodecyl phthalate, DIDP (both of which require a warning label under California’s Proposition 65). Additionally, the organic compound Di phthalate, DPHP is currently unregulated and is a known hormone-disrupting chemical.

The report also found that six out of seven vinyl gloves contained Dioctyl terephthalate, DEHT or Dioctyl terephthalate, DOTP. New research suggests that DOTP may also be a hormone-disrupting chemical. Human exposure is widespread and increasing. DOTP is also capable of leaching into food so It’s a major source of exposure to the chemical. For these reasons, the Coalition does not recommend DOTP as a replacement for ortho-phthalates. Because polyethylene does not require any plasticizer chemicals, it is a safer alternative to vinyl.

Making a change against Phthalates

Additionally, the coalition is calling on McDonald’s which dominates the restaurant sector in annual sales, to be a market leader. They seek a public commitment to end all use of vinyl food service gloves as it’s the only way to avoid further phthalates food contamination.

Polyethylene gloves are a safer and more affordable alternative. It’s also proven that simply washing hands with soap and water is just as safe as wearing gloves. It’s time for restaurants to ban vinyl gloves altogether.

Food is America’s primary route to phthalate exposure. Moreover, research proves that people with higher levels of phthalate dine out and eat more fast food than those with lower levels. The American Academy of Pediatrics released a policy statement in 2018 calling for U.S. government action to keep chemicals out of food.

Consequently, CBS News reports that Maine has become the first state in the nation to ban some type of plastic foam. Gov. Janet Mills signed a ban on polystyrene food containers at restaurants and grocery stores.

Dr. Ami Zota, ScD, MS of the Milken Institute School of Public Health at George Washington University shared a comment about his research findings. He explains that African-American and Latino communities as particularly vulnerable to phthalate exposure through processed and packaged food. But, those are not the only negative effects.

As I’ve written before, this is a chemical banned in flooring and Lowe’s has agreed to eliminate toxic phthalates in their flooring.

This is huge as Lowe’s is the second largest home improvement retailer in the country. This shows the power we have as consumers to get big retailers to eliminate toxic chemicals in products.

Lowe’s commitment comes less than one week after we announced another big victory for our campaign – Home Depot, the world’s largest home improvement retailer took the lead by eliminating added phthalates by the end of 2015. A victory featured in a big NY Times story! Our campaign has now successfully leveraged Home Depot’s policy by convincing Lowe’s to join them. 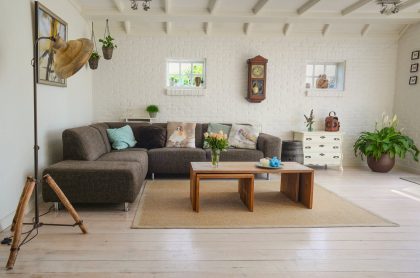