Regardless of the beliefs of the current EPA chief, the vast majority of the scientific community continues to assert climate change is due in large part to carbon dioxide emissions. In 2009, EPA reported 28% of emissions. Now EPA says at least 15 percent of which is attributable to the transportation sector. In short: gas-powered vehicles are killing the Earth.

In fact, the National Resource Council stated that the transportation sector encompasses all movement of people and goods. However, about 28 percent of U.S. greenhouse gas (GHG) emissions are from this sector.

Moreover the overwhelming share of these emissions are from CO2 emitted. That’s as the result of burning transportation fuels. All consequently derived from petroleum (EPA, 2009c). I mean that between 1970 and 2007, U.S. transportation energy use and GHG emissions nearly doubled.

However now, as the USEPA reporting Global Emissions by Economic Sector.

Source:IPCC (2014)based on global emissions from 2010. Details about the sources included in these estimates can be found in the Contribution of Working Group III to the Fifth Assessment Report of the Intergovernmental Panel on Climate Change

Industry (21% of 2010 global greenhouse gas emissions): Greenhouse gas emissions from industry primarily involve fossil fuels. All burned on site at facilities for energy. This sector also includes emissions from chemical, metallurgical, and mineral transformation processes. Those that are not associated with energy consumption and emissions. Either from waste management activities. (Note: Emissions from industrial electricity use are excluded and are instead covered in the Electricity and Heat Production sector.)

Agriculture, Forestry, and Other Land Use (24% of 2010 global greenhouse gas emissions): Greenhouse gas emissions from this sector come mostly from agriculture (cultivation of crops and livestock) and deforestation. This estimate does not include the CO2 that ecosystems remove from the atmosphere. All consequently by sequestering carbon. They sequester in biomass, dead organic matter, and soils. Moreover which offset approximately 20% of emissions from this sector. [2]

So Agriculture, deforestation, and other land-use changes have been the second-largest contributors.

More noteworthy, global greenhouse gas emissions can also be broken down. That’s by the economic activities that lead to their production.[1]However then the USEPA

The transportation sector is one of the largest contributors to anthropogenic U.S. greenhouse gas (GHG) emissions. This is all according to theInventory of U.S. Greenhouse Gas Emissions and Sinks 1990–2017. It’s the national inventory that the U.S. prepares annually under the United Nations Framework Convention on Climate Change. It added that transportation accounted for the largest portion (29%) of total U.S. GHG emissions in 2017. In addition, cars, trucks, commercial aircraft, and railroads. These are among other sources that all contribute to transportation end-use sector emissions.

Without a doubt, transportation is a major driver of climate change. It’s a sector is responsible for a large proportion of GHG emissions from the burning of gasoline, diesel, and other fuels derived from petroleum.

In fact, the transportation sector is responsible for 70 percent of U.S. petroleum use. All which consequently exceeds the imported percentage of oil (Davis et al., 2008). Reducing transportation’s dependence on imported petroleum is a national security issue. Because much of it imported from politically unstable regions of the world. It is one of the most direct connections between the issues of climate change. Finally and also energy security, and national security (see Chapter 16).

Transportation’s use of petroleum fuels also leads to emissions of particulate matter. In addition to sulfur dioxide; which forms sulfate aerosols and ultimately leads to acid rain. Additionally, substances that are precursors to photochemical smog (nitrogen oxides [NOx]. Let’s also not forget carbon monoxide [CO]) and to various forms of pollution. Consequently, in freshwater and marine systems.

However, the transportation industry wasn’t always as dependent on oil as it is today. It will probably break from its oil addiction relatively soon. All thanks to rampant innovation for personal and public transit.

Hence, efforts to reduce GHG emissions in the transportation sector will also confer other benefits. All of course to the environment and public health (see Chapter 11

Also, the principal vehicles involved in the movement of people are light-duty personal vehicles. Most noteworthy, when you combine automobiles and light trucks with commercial aircraft. They all together account of almost 99 percent of passenger-miles (Davis et al., 2008). The movement of goods, usually expressed in ton-miles.

Furthermore, shipments are dominated by trucks, railroads and ships. These freight modes account for the remaining 30 percent of transportation-related emissions (Davis et al., 2008).

However, these increases in efficiency were certainly offset by an increase in total vehicles added to the road. So for example, the number of passenger-miles flown grew by 4.9 percent per year. Thereby leading to the overall growth in energy use and GHG emissions.

Conclusively, it’s critical to heavily reduce transportation-related GHG emissions. If people don’t change the way they travel the world, there might not be a world left to travel. Thus, everyone should spend time learning about transportation as well as emerging options that are more sustainable.

A Brief History of Transportation in America

Yes people were traveling from place to place well before 1800. So it wasn’t until Thomas Jefferson’s presidency that transportation truly became complex. The Louisiana Purchase added unknown swaths of land to the U.S.  However land-based transit was also untenably slow and uncomfortable. Lewis and Clark failed to find a waterway that linked the east and west coasts. So massive construction efforts began to create manmade canals and packed-dirt roads. All to link America’s great cities. While water travel was preferred nearly everywhere, some regions were too poor, too densely populated or too dry to build canals. So, innovations were sought.

Throughout the early 19th century, people were testing railroads around the country. Boston saw the construction of a funicular railway, which employs cables and counterbalances to drive carts up slopes. Horse-drawn trains also saw some use. Yet the rails were also expensive to warrant the slow transport. Finally, after seeing the success of steam-powered railcars in England, capitalists began installing railways around the U.S..

For that also largely replacing existing roads and canals with fast, efficient rails.

Unfortunately, steam power is not as sustainable as it sounds. Although clean water vapor is used to drive the pistons that drive the wheels, dirty coal must be burned in excess to get water boiling.

In addition, coal is perhaps the worst air polluter in human history. Because it is the primary cause of smog, acid rain, and toxic fumes. Even today, U.S. coal energy plants produce a cumulative 2.4 billion tons of carbon dioxide. Thereby amounting to about a quarter of all carbon emissions. Though steam-powered railways became America’s primary mode of transport during the 19th century. It was bringing prosperity and sustenance to far reaches of the country. Finally, they were far from environmentally friendly.

The next transportation innovation was the consequently electric trolley car. All which initiated public transit systems within cities. Built into tracks embedded in streets, trolleys followed set routes and relied on electricity. All provided through overhead wires. However, like railcars, most trolleys relied on coal. Yet this time supplied from a coal electricity plant rather than a furnace and boiler.

By 1930, more than half of all families in America owned automobiles. When the car first appeared, it seemed an expensive luxury. So as roads around the country improved, cars became transportation necessities.

Perhaps surprisingly, Ford’s first Model T boasted an impressive fuel efficiency of 21 miles per gallon. That number dropped to about 14mpg in 1930 due to lower quality materials and cars becoming heavier. Then by the 1970s, when the Arab oil embargo skyrocketed fuel prices, efficiency was also at just under 12 mpg.

These days, fuel prices are relatively stable and cars are becoming increasingly more fuel efficient. Yet our continued reliance on fossil fuels remains as unsustainable as steam-powered trains. The second-largest producer of greenhouse gases is transportation of people and goods. For it releases about 1.7 billion tons of carbon dioxide into the atmosphere every year. Thankfully, innovators are continuing to improve our transportation options for a more sustainable future.

The first hybrid car was developed in 1898 by Ferdinand Porsche. Combining internal combustion with electric power, that early model boasted a range of 40 miles. In fact, until Ford transitioned to wholly gas-powered engines, hybrid models were popular throughout the early 20th century. Fortunately, strife at the gas pump as well as a growing environmentalism has renewed interest in hybrid vehicles, so fuel efficiency is rising once again.

Though some cars on the road already run using biodiesel. Yes I mean essentially burned cooking oil. So further development is necessary for the practical widespread use of alternative fuels.

Again, for other parts of the country retiring coal now is a little close to a hybrid in MPG, these numbers are changing monthly for a cleaner today. That’s why we Focus on charging the battery with alternative energy sources. Finally, that’s solar and wind energy efficiency. Because electric vehicles are the most environmentally sound alternative.

Though hired cars aren’t new, ridesharing has become exceedingly popular in the past few years. In theory, the practice encourages Americans to avoid congesting motorways with personal vehicles and encourages entrepreneurs to improve their fleets with economical and eco-friendly cars. Ridesharing apps, which can be developed thanks to platforms like RideCell, might be the future of the transportation industry. 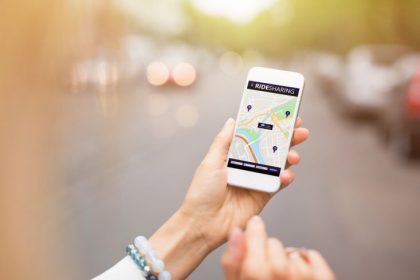 Autonomous vehicles are perhaps the most exciting innovation in transportation since the Turn of the Century. Utterly futuristic, robot cars can navigate without human interference. Therefore choosing the fastest and safest routes possible. Additionally, driverless cars tend to be more fuel efficient than human drivers. So widespread implementation of this tech could reduce emissions significantly.