Installing green roofs offers property owners a fantastic opportunity to decrease their energy costs. All the while also increasing environmental efficiency. Converting to a green roof isn’t precisely inexpensive. So this improvement could easily pay for itself in just a few years.

So understanding these benefits of having a green roof may just convince you. Especially to replace your traditional roof with something newer and more creative.

Installing Green roofs are particularly popular in urban places. That’s where high-rise buildings dominate the skyline. However, they are also increasingly showing up. As a result, in residential neighborhoods. Again so, the more people understand the value of a green roof. Also, ensure that your roof is done by professional roofers to be sure that it is safe and secure.

Now unlike a traditional roof that merely provides protection from the elements. Because a green roof transforms this. All before turning unusable space into something that improves the energy efficiency of the structure. That’s while also providing social, emotional, and physical benefits.

Green roofs can be manufactured in a variety of designs. Others have insulation, while others do not.

Some used to grow herbs for a restaurant in the building. Additional green roofs may become a gathering place for colleagues, a place to enjoy blooming flowers, or an opportunity to start a vegetable garden.

As a result, and the fact is, green roofs can be employed for a multitude of purposes. This makes them versatile enough to suit almost any property owner’s needs.

If it is understood that green roofs are relatively more expensive than traditional roofs. I ask then: so why are so many architects including them in their plans? It’s because of the tremendous benefits. Benefits that a green roof can bring to the building’s occupants. As well as the general population. 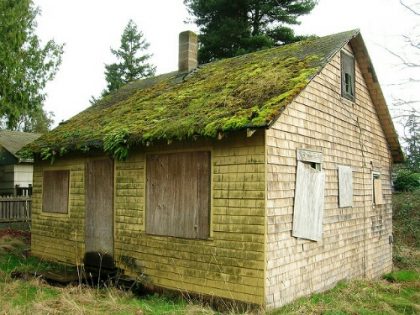 Green roofs improve air quality thanks to the natural ability of plants to remove carbon dioxide from the atmosphere and produce more oxygen.

Many pollutants and toxins that are commonly found in cities are also absorbed by the plants or the material in which they are planted, which means that these pollutants are less likely to enter the stormwater system.

Green roofs have also been shown to cut the Urban Heat Island Effect, or UHI. That’s because the plants absorb UV radiation and the attendant heat instead of merely reflecting it. Additionally, these roofs have demonstrated an ability to capture particulate matter and dust to prevent them from being distributed, which leads to reducing smog levels.

Green roofs are further an improvement over traditional roofs thanks to their ability to make buildings more energy efficient. The plants create natural insulation, which means that there is less need to rely on heating and cooling systems to moderate interior temperatures. When it comes to cooling, green roofs also help because natural plant and soil processes cut the level of solar energy that is absorbed by the roof’s membrane. Accordingly, the structure’s air conditioning system doesn’t have to work as hard.

Even when the weather turns cold, green roofs still prove their usefulness by creating heat.

This heat comes from root activity and the extra layers of material that make up the real roof. However, this effect is only really noticeable when the green roof isn’t retaining too much water. It’s important to design these roofs carefully, so that excess water is more productively washed away.

More people are starting to get on the green roof bandwagon. That’s why it’s not unusual to see tenants being lured to new space because a particular building has a green roof.

This effect is the result of growing environmental consciousness. Couple that with the opportunity to spend lunches and breaks in a beautiful garden setting, and it becomes easy to see why so many people draw to green roofs.

Green roofs improve the lives of a building’s occupants. With their ability to increase energy efficiency, cut the Urban Heat Island Effect and clean up air pollution, it’s no surprise that more architects are including green roofs in their designs.